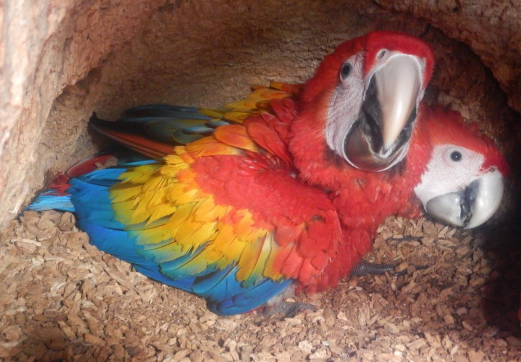 By Aaron Humes: Thirty six year-old Guatemalan national, Porfilio Ramirez Tirgeros, from La Rejoya, Flores, Peten, was shot by rangers from Friends for Conservation and Development (FCD) Sunday evening and is in the hospital pending prosecution for illegal entry and poaching of protected wildlife.

In a press release sent out late this evening, the Government of Belize states that the FCD rangers encountered Tirgeros and a male companion almost three-quarters of a mile into Belizean territory near the Caracol archaeological site on Sunday evening, June 7, 2020, at about 6:00 p.m.

The Rangers were conducting a routine exercise mounting cameras to monitor the poaching of endangered scarlet macaws.

There was a confrontation with the two poachers which resulted in an FCD Ranger firing his weapon in self-defense, causing a “non-lethal injury” to Tirgeros. Tirgeros was captured and detained but his companion fled the scene.

Tirgeros, found with seven scarlet macaws in his possession, was initially given first aid, then carried out of the forest to the San Ignacio Hospital for initial treatment. He was later transferred to to Karl Heusner Memorial Hospital where he is in a stable condition.

The Government release says “The matter is under investigation and it will proceed in keeping with Belizean Law and the spirit of the Confidence Building Measures of 2005 which inform Belize’s relations with Guatemala.”