COVID-19 cases spiking in US amidst Black Lives Matter protests; tourism in Belize may suffer 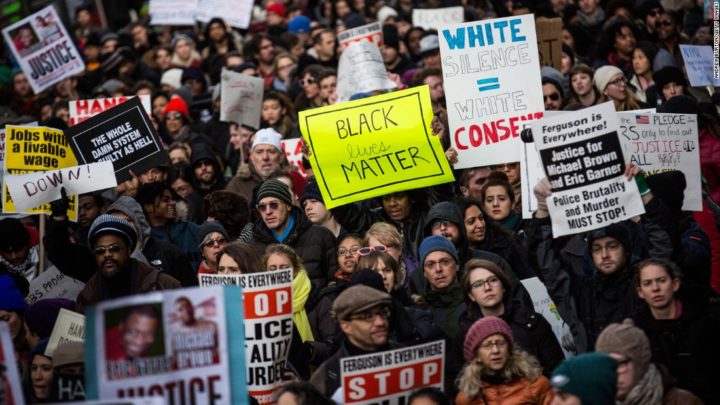 By BBN Staff: CNN reports that COVID-19 cases in the United States have seen a spike recently which, coincides with the ongoing Black Lives Matter (BLM) protests happening all over the US.

CNN published a story yesterday noting that some 22 states have seen noticeable increases in newly-reported cases, which raises major concerns for the Center For Disease Control (CDC). The report also noted CDC Director, Dr. Robert Redfield saying that protesters should be evaluated and tested for the virus.

“I do think there is a potential, unfortunately, for this to be a seeding event,” especially in metropolitan areas where there has been significant transmission, Redfield said.

While a debate carries on in Belize about whether or not the BLM protests against systemic racism and police brutality amounts to an issue for Belizean concern, data from the Belize Tourism Board show that visitors from the US make up around 67 percent of the total tourist traffic in Belize.

The COVID-19 pandemic brought with it travel restrictions and quarantine measures that flatlined Belize’s tourism industry almost overnight. And with COVID-19 cases climbing in the US, the potential exists for more measures to be rolled out, further restricting the movement on the US side whether or not Belize has reopened the Philip Goldson International Airport (PGIA).

This week, Tropic Air, which is reeling from massive economic loss due to the tourism downturn, appealed for the PGIA to be reopened. The Belize Tourism Industry Association also announced that it is conducting a poll among its members to get their feedback on the reopening of the PGIA.

A reopening of the PGIA at this time, while an economic imperative for Belize, also brings with it considerable health and safety risks, as seen in a recent article published in the United Kingdom-based publication The Mirror, which said that 12 out of 91 passengers on a Qatar Airlines flight to Athens in Greece tested positive for the virus despite testing negative before they boarded the flight.

The article underscores another major risk to Belize’s tourism industry and economy on a whole if the same situation were to occur in Belize. Apart from the impact an influx of cases would have on Belize’s health system, and the potential loss of life that could accompany a major outbreak in the country, Belize would also have to implement stringent measures such as curfews, and mandatory lockdowns further stifling the economy.

Currently, Belize has confirmed 19 cases of COVID-19 with two deaths, while the US is approaching 2 million with over 110,000 deaths. If participants at the BLM protests are contributing to the spread of COVID-19, then the bulk of those new cases will begin to surface within the next few weeks leading up to July, when the Government of Belize was hoping to reopen the borders.