PUP says that Government is ‘merciless’ in time of crisis 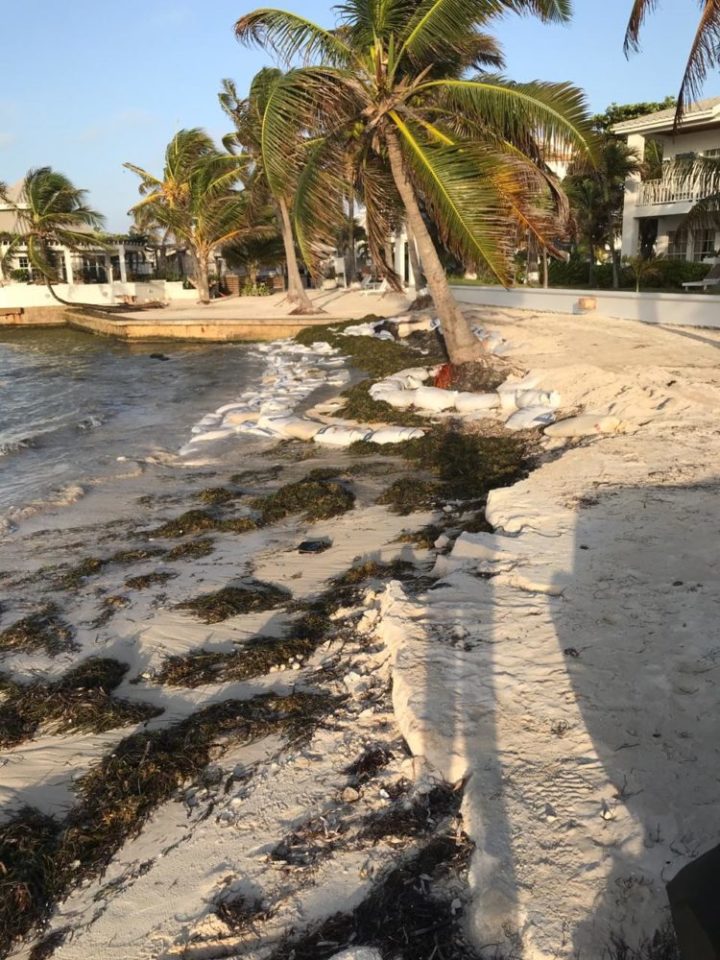 By BBN Staff: Since 2014 Belize, particularly the tourism sector, has been battling the sargassum seaweed phenomenon, that typically occurs in the summers when water temperatures rise; however the Belize Tourism Industry Association (BTIA) says that beach erosion is a far more pressing problem for tourism.

Our newsroom spoke with John Burgos, Executive Director of the BTIA, who said that unlike the seasonal sargassum threat, coastal areas and cayes all over Belize are battling with beach erosion on a daily basis.

Burgos notes that climate change is the major factor driving the beach erosion issue, but the situation is compounded by issues like development projects. He stressed that the issue needs to be comprehensively assessed by all stakeholders with a view to take decisive action.

Belize has been on the forefront of climate change issues on the international scene, for the past few years, sending representatives international meetings and making the concerns of Small Island Developing States (SIDS) nations heard at the highest levels of the global community. Belize, like many other SIDS countries, accounts for less than 1 percent of the global carbon emissions responsible for the increasing global temperatures, but like other SIDS nations is feeling the first effects of rising waters and increasing sea temperatures.

Last year, Belize’s Ambassador Louis Young, Chair of the Alliance of Small Island States (AOSIS), made international headlines as she called out oil-producing nations for refusing to acknowledge an important scientific document that stresses the point that global carbon emissions must be lowered by 2030.