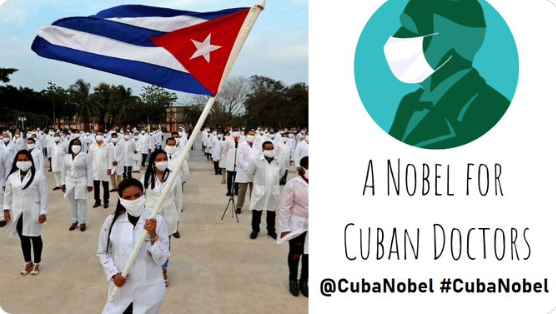 By BBN Staff: American actor and activist, Danny Glover, has started a petition in the United States to nominate Cuban doctors of the Henry Reeve Brigade for a Nobel Peace Prize, in honor of their humanitarian work during the COVID-19 pandemic.

Glover launched the petition yesterday during a webinar with Cuban Ambassador Jose Cabañas about Cuba and Covid-19.

Pressenza reports that the initiative has already begun to gain traction, obtaining support from celebrities and former Nobel Prize winners.

The Henry Reeve International Medical Brigade got its name in honor of a US soldier who fought for Cuba during its First War of Independence (1868-1878). The Brigade was formed in 2005 in an effort to send doctors to the United States following the devastating Hurricane Katrina; however, US President George Bush Jr. rejected the gesture.

The team then deployed to assist with disaster relief in Guatemala and Pakistan.