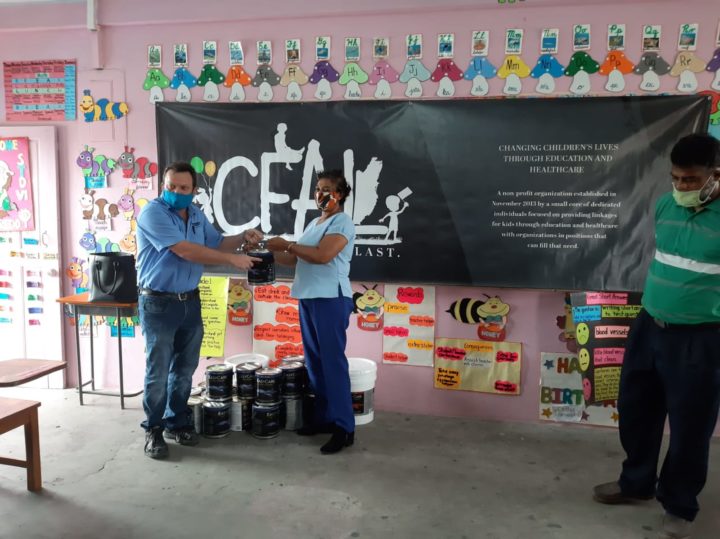 By BBN Staff: The Ministry of Education has set the opening of the new school year for August 2020, and Universal Hardware teamed up with the community organization Children First and Last Belize (CFAL) to help the Salvation Army prepare for the new year with a donation of 30 gallons of paint made today.

Universal Hardware and CFAL handed the paint over to Evadney Glenn, principal of the Salvation Army Primary School, at a brief ceremony this morning at the school’s campus on Orange Street. Universal Hardware’s William Dueck, explained that the donation was also done in collaboration with the True Value Foundation, which carries the Easy Care line of paint which was used in the donation.

Dueck explained that the donation forms a part of the foundation’s commitment to supporting through the painting of classrooms each year, along with Universal Hardware’s commitment to uplifting lives in Belize.

Speaking on the impact the donation would have to the school’s student population of around 124, the principal said, “The paint that has been donated today will brighten up my classrooms which will brighten up the lives of my children after having been some for so long.”