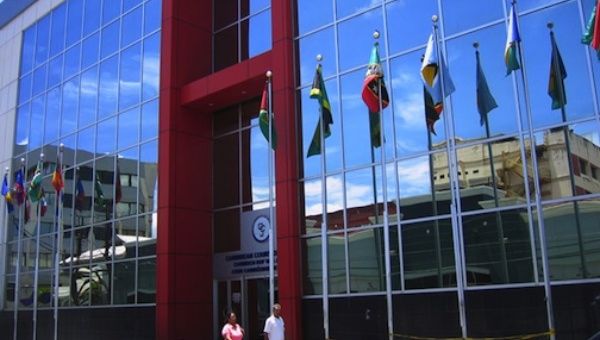 By Aaron Humes: Seventeen years after the initial agreement would have expired, and seven years after both were taken over, the Caribbean Court of Justice will rule Tuesday afternoon, Belize time, on whether Government breached its contract with Belize International Services Limited (BISL) when it took over the International Merchant Marine Registry of Belize (IMMARBE) and International Business Companies Registry (IBC) in 2013.

But Prime Minister Dean Barrow made clear on Friday that if the Court ruling goes against him, “no money no deh.”

The Prime Minister quipped, “…sometimes like the Peace of God, but [in a] clearly completely secular way, the reasoning of the C.C.J. passeth all understanding. So anything can happen.” He compared the situation to that with the Superbond in that an act of force majeure – the COVID-19 pandemic as well as last year’s drought – has wrecked Belize’s finances enough that if the judgment goes into the tens of millions, it will be difficult to pay either.

So he concluded, “…if the judgment goes against us, you don’t need to ask me for a reaction on Tuesday. I am telling you from now: won’t pay, can’t pay. End of story.”

Per the CCJ summary, BISL and the then-Government created a Management Services Agreement to run for ten years with an option to renew, which was done a month before expiration in May of 2003. In March of 2005, a further extension was made after the amendment in consideration of US $1.5 million up to June of 2020, after BISL sued for breach and sought $90 million in damages.

The Supreme Court and Court of Appeal were convinced by Government’s arguments that the agreement under the 2005 extension to continue collecting revenue and depositing it into accounts owned and operated by BISL violated constitutional and public finance law and the former overturned the extension as unconstitutional, illegal and invalid. BISL has now appealed.