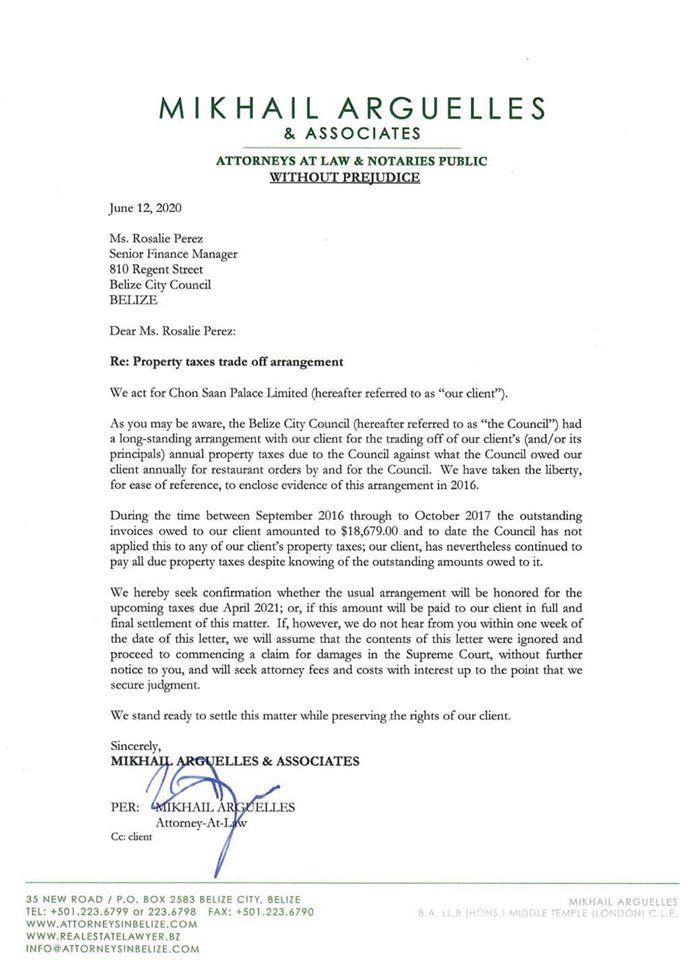 By Aaron Humes: Chon Saan Palace and its owner Lee Mark Chang is claiming some $18,679 from the current Belize City Council under a unique arrangement made by the previous administration.

Chang, a political aspirant himself, is taking aim at taxpayer dollars, hoping that the city will pay for the personal bar bill of former Councillors.

BBN has seen and counted over 119 occasions of orders placed by former Councilors which included, in many instances, top-shelf liquor.

Chon Saan gave City Hall a week from June 12 to repay the unpaid food and drinks bill racked up at Kelly Street between September 2016 and October 2017, or face legal action to recover the monies.

Attorney Mikhail Arguelles, writing to the Council’s Senior Finance Officer on June 12, explains that the then-Council arranged to set off the Bill’s against the property tax owed by Chon Saan.

Arguelles pointed out that while the set-off was not done for the period in question, his clients have paid their taxes and would now like to settle the outstanding bill, either directly or through continuing the former arrangement.

Some have questioned whether former Mayor Darrell Bradley and Chang, his successor in Caribbean Shores, acted legally and in the best interest of the city in entering such an apparently secret arrangement to set off property taxes for a food and bar bill racked up by City Councillors and others.