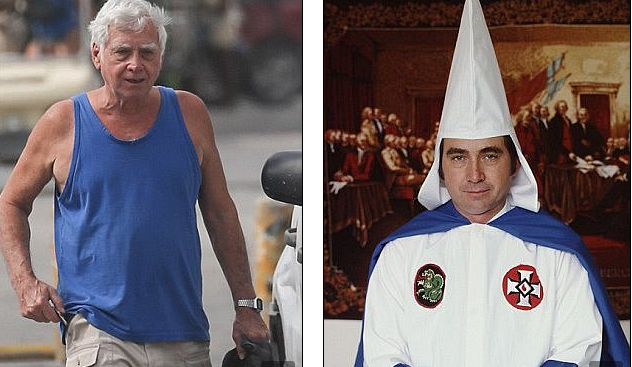 By BBN Staff: Bill Wilkinson, 77, former Imperial Wizard of the Invisible Empire of the Knights of the Ku Klux Klan and former owner of a resort in San Pedro, Ambergris Caye, says that United States police were “justified” in the controversial killings of African American citizens and that the Black Lives Matter movement is pointless.

In an interview this week with the United Kingdom’s Daily Mail, Wilkinson harshly criticized the protestors at the BLM rallies.

“They don’t have a pot to p**s in or a window to throw it out of, they’re nothing. There won’t be a race war, they’ve just got nothing better to do,” he said.

He added that Derek Chauvin, the white police officer who knelt on George Floyd’s neck for 8:46 was “exactly right” for doing so.

Wilkinson was the Imperial Wizard of the Invisible Empire of the Knights of the KKK from 1975 to 1984 and also established a rival breakaway group of David Duke’s Knights of the Ku Klux Klan in the 70s and 80s which the FBI said was the most “violent” and “dangerous” KKK movement. In 1984 he migrated to Belize and opened the resort. BBN understands that Wilkinson sold the resort around 4 years ago and left Belize.

The Daily Mail notes that he recently returned to the US.