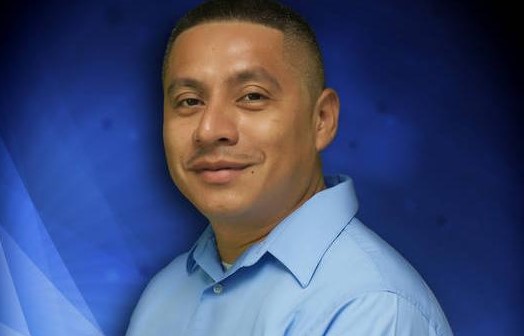 By BBN Staff: On June 30, 2020, Commissioner of Police, Chester Williams informed the media that Oscar Mira would be charged today for failure to provide a blood and urine specimen.

Today, Mira issued a statement explaining how the accident occurred and further called on the commissioner to retract his statement and to apologize to him and the family of the police officer.

Mira says that on Friday night, his vehicle collided with a small dark Geo Prism that was parked on the middle of the road.

“The vehicle was turned off, with no lights on. Unfortunately by the time I was able to see it, it was too late and I ended up colliding with the rear of the vehicle. Inside was a uniformed police officer who, for whatever reason, parked his vehicle while still on the road and fell asleep. Fortunately, I was wearing my seatbelt and escaped mostly unharmed. Minutes before the accident, a witness who was driving ahead of me on the road had narrowly escaped crashing into this very same vehicle. This witness had already reported the vehicle’s presence to a nearby checkpoint, a few miles farther down the road; he has since made a formal report to the Belmopan Police Department detailing this,” Mira explained.

Mira says that he immediately contacted his attorney who advised him to not provide a specimen to the police, since they did not have probable cause to demand this from him.

Mira claims that he cooperated fully with the investigating officers.

He also said that the vehicle should not have been parked in the middle of the road without lights on.

After hearing the commissioner’s statements, Mira said that the commissioner is falsely claiming that the vehicle was parked on the roadside, implying that Mira is at fault for the accident.

“It is inappropriate for the Commissioner to make such definitive accusatory statements against Belizean civilians before an investigation has been concluded, and before an individual has had the chance at a fair trial in a court of law. Need I remind him that we are all innocent until proven guilty, and his words as a public figure carry significant weight,” he added.

In addition, Mira said that the commissioner lied because the corporal involved in the accident has been in communication with Mira and was discharged from the hospital on Saturday, June 27, 2020.

“I urge the Commissioner of Police to immediately retract this statement and apologize to myself and to the family of his fellow police officer. I have always held the Commissioner in high regard, and I am appalled at his willingness to lie and smear me with these demonstrably false claims. I have plenty of respect for the office of the Commissioner but wrong is wrong, and to bring these charges against me now is just adding insult to injury,” Mira said.