Ex- head of Mexican Criminal Investigation agency, Tomas Zeron believed to be in Guatemala or Belize 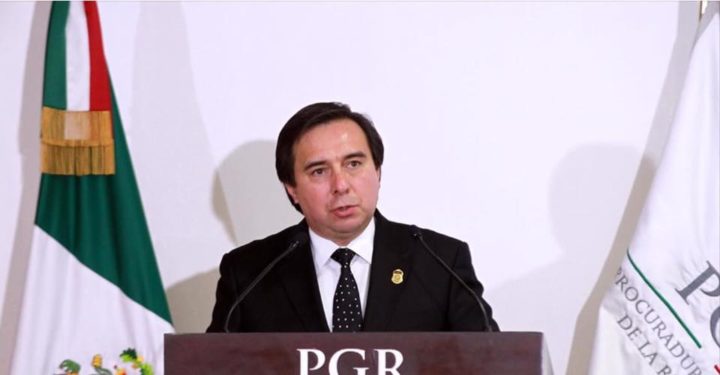 By BBN Staff: The news of the disappearance of 43 teaching students in Mexico in 2014 sent shock waves throughout the country.

The 43 students from the Ayotzinapa Rural Teachers’ College were reportedly forcibly abducted and then disappeared in Iguala, Guerrero, Mexico.

Several reports suggested that they were taken into custody by local police officers from Cocula and Iguala, in collusion with organized crime.

The details remain unclear up to today on what occurred during a roadblock but an official investigation revealed that 43 of the students were taken into custody and were handed over to the local Guerreros Unidos (“United Warriors”) crime syndicate and probably killed.

Mexican authorities have now issued 46 warrants for the detention of municipal officials in Guerrero.

The officials are reportedly being sought for the crimes of forced disappearance and organized crime in relation to the kidnapping of the Ayotzinapa Rural Teachers College students.

One of the warrants obtained is for the arrest of Tomas Zeron, a former head of the criminal investigation agency who fled Mexico.

An Interpol notice has been issued for Zeron who is wanted on charges of torturing people detained in connection with the students’ disappearance.

It is believed that Zeron may be in Canada but authorities are looking for him in the United States, Guatemala, Belize and Europe.

Mexican officials have a new ongoing investigation into the students’ disappearance and they believe that it is making progress.