Over 230 scientists claim COVID-19 is airborne 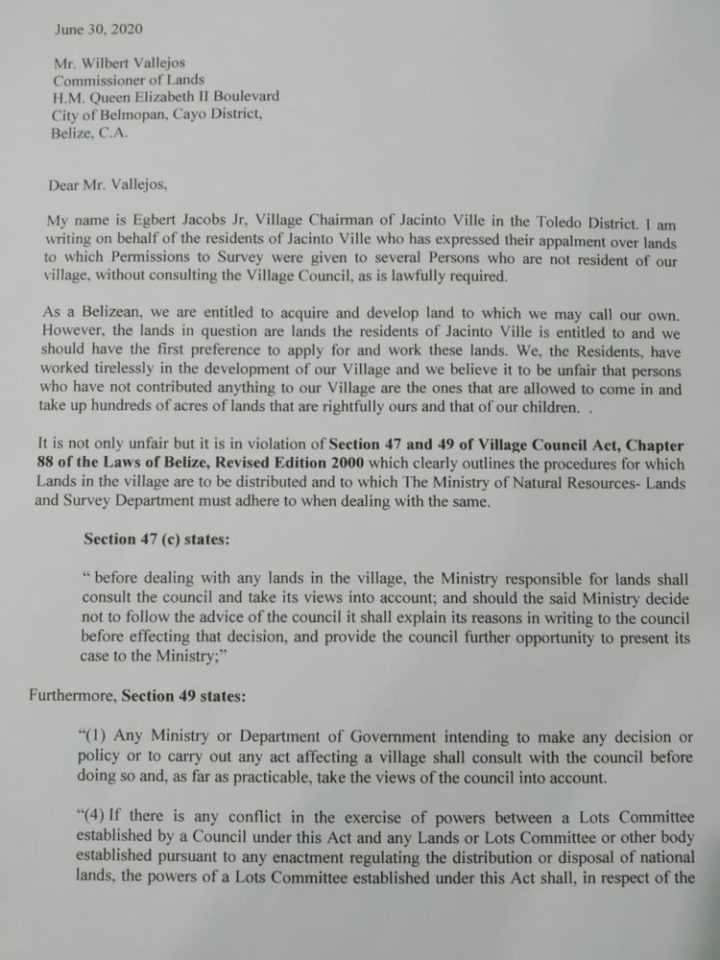 By BBN Staff: The chairman and villagers of Jacinto Ville in the Toledo district are calling on the Government of Belize, to intervene and stop land surveying that is taking place in the village.

Village Chairman Egbert Jacobs Jr. explained that he first learned about the survey being done on the 150-acre plot which is being preserved for agricultural purposes, on June 25, when the surveyors were at the site conducting the survey. When he questioned them, he said he was told they have permission from the Department of Lands and Surveys to conduct those surveys. He explained that the villagers would later get involved and that the surveyors left but returned and that he was informed by the police that he needs to drop the issue given the activities are sanctioned by the proper authorities.

Jacobs wrote a letter to Wilber Vallejos, Commissioner of Lands pointing out that he was not consulted about any surveys to be conducted in the village, which makes those surveys illegal.

“Not only is it unfair, but it is in violation of Section 47 and 49 of the Village Council Act, Chapter 88 of the Laws of Belize Revised Edition 2000 which clearly outlines the procedure for which lands in the village is to be distributed and to which the Ministry of Natural Resources- Lands and Surveys Department must adhere to when dealing
with the same,” Jacobs said.

He told our newsroom today that the Department has not even acknowledged his email, but that he has been in contact with several media houses and will continue to keep the issue in the public domain, as he is convinced there is a political element to the illegal surveys, especially since none of the six men who he says are the ones preparing to receive land are farmers. Jacobs says he calls on the Prime Minister to intervene and put a stop to the surveys and any illegal land distribution. 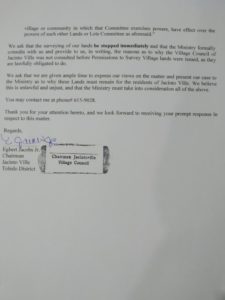