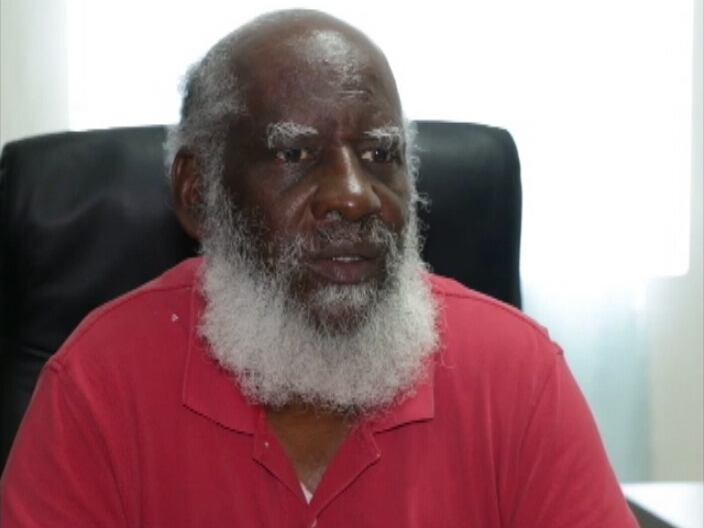 By Aaron Humes: While confirming that he is still running and does not intend to withdraw from consideration, the third candidate in Sunday’s United Democratic Party (UDP) leadership convention appears to be conceding the result to his younger rivals Patrick Faber and John Saldivar.

Wilfred Elrington, Pickstock area representative and Minister of Foreign Affairs, told reporters he initially offered himself to be leader as a sort of ‘safe pair of hands’ during the ongoing COVID-19 pandemic and economic recovery.

“My name is still in the race and it will remain there until after the procedure is finished on Sunday. Regretfully, I haven’t had the opportunity to meet with most of the delegates for one reason or the other, so that I can’t tell you that my support has been strong; I can’t tell you that,” Elrington said, admitting that he hasn’t been able to do the work of campaigning to get the support he would want.

And the four-term area representative admits he was ‘in two minds’ about getting involved, suggesting it will take ‘a Superman’ to get Belize through the very choppy waters ahead economically.

Elrington has served in all three branches of Government – as Attorney General and a Supreme Court judge; as a Government Minister of Foreign Affairs, Home Affairs and Foreign Trade, and in the National Assembly – and has earned a reputation for blunt and plain speech that occasionally proves offensive, especially in the matter of the Guatemalan claim which he has shepherded to the International Court of Justice (ICJ) for eventual hearing.

Nonetheless, while he chose to volunteer himself, “it is not a burden that I want to take on voluntarily, and for that reason, I have not been putting all my heart and soul in it. I think basically and most primarily I want to let it be known that I did offer myself, but it is not something I am fighting tooth and nail for.”

The race once again comes down then to Saldivar and Faber, now in their fourth contest at primary level. 570 delegates will decide in closed space at the ITVET Grounds this Sunday, July 12.