Chetumal returns to lockdown after spike in COVID-19 cases

On the State of Racism and Injustice in Belize: A Response to “Our Shared History, Our Shared Future: A Candid Discussion on Race, Equality, Compassion and Justice” 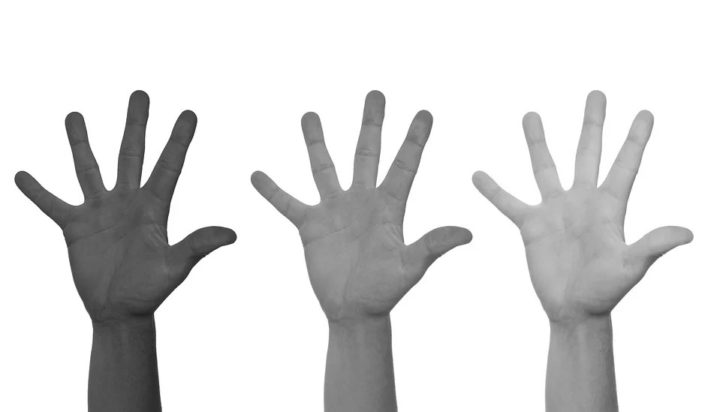 By Abner A. Recinos: I’m no longer willing to have conversations with those who believe that racism is non-existent in Belize, or downplay the severity of the situation and attribute it to “elitism” or “classism”. It’s racism I say, but that’s just my opinion. In whatever form you want to put it, you must know this: “elitism” and classism” are the neocolonial terms sprouted from seeds of racist and colonialist powers, and their need to hide the ugly truth—a truth that we simply want to “sweep under the rug”. We refuse to have the conservation, reminiscent of our refusal to have puberty and sex talks.

To quote a friend, “Not because we’re not having a conversation about something, does it mean that it doesn’t exist.” Belize isn’t a microcosm where racism doesn’t exist; rather we pretend that it doesn’t exist under the guise and falsehood of statements such as “we are all people of color”, “we are a melting pot of races”, or “we are all one people”. It is understandable that as a people, we would want to maintain the perception of the international community—that we are all united, living in harmony, skipping into the sunsets, or finding pots of gold at the end of the rainbows. It’s a façade; it’s a front; it’s a fragile and false banner of unity stitched together with threads of false perception. We don’t want to have that conversation.

Yes. We can look at statistics, but I’m not going to bore you with that—yet. The most important step is to first acknowledge that racism exists so we can begin having a conversation. Fueled by the US protests, the movement has spread worldwide; but like the snow that has fallen in Belize, so has the movement. An organized protest by activist YaYa Marin Coleman was quickly crushed under the poor excuse of State of Emergency Regulations. It’s systemic oppression. We don’t want to have that conversation.

Tourism advertises the Belizean experience to foreigners as “exotic” with our culture, food, dance, and languages. Let’s cater to the whites, while we discriminate our own people. Let’s provide terrible service to the Blacks and Browns, but give service with a smile to our white saviors. So much for saving the tourism industry in this pandemic. Now you turn to us. We don’t want to have that conversation.

Imagine this, “Southside Belize City”. What images come to mind? Is it Black people, poverty, slum, dirty, gangs, drugs, and murder? Well picture this, “Northside Belize City”. People with “class”, the “elites”, fancy houses and cars. Isn’t that the definition of a segregated society? Keep the less fortunate in their places, and continue to provide to those who are already advantaged. Would you call that elitism, classism or just plain old racism? Your Black males are being locked up. Check the Belize Central Prison. Is that not a blatant display of the built-in systemic racism and injustice, written into the foundations upon which our constitution was built, only for the benefit of the colonial masters? We don’t want to have that conversation.

Men have ran this country—ran it into the ground. Women have suffered while men and those in power turn a blind eye. So much for all the praises on legislation, but little progress. Men continue to see women as damages goods, fragile, and dependent. Says the mommas’ boys who can no sooner thread a needle much less run this country. Says the mommas’ boys who resort to ad hominin attacks at the slight hurt of their phallus egos. Says the mommas’ boys who were indoctrinated with the belief that men are superior to women by the machismo system. It’s the mirrors that are broken, it’s the eyes that refuse to see—not the reflection of that strong woman. We don’t want to have that conversation.

LGBTIQ—Oh! Let’s not even mention it, lest we be struck by fire and brimstone! “We are all equal, but some are more equal than others.” See how ridiculous that sounds? And so are our ideas and beliefs that a race, color, creed, class, or sexual orientation are superior to others. Read the book. Witness the effects of religious and political propaganda. There’s that one piece missing—our humanity. We condemn because people don’t share our same values, morals, and practices, but just know this—you can also be condemned by others with whom you do not share the same values, moral and practices. We don’t want to have that conversation.

The elite dictates, and the less fortunate listens as we are told how our experiences actually occurred. Or better yet, tell me about your elite and privileged experiences, while disregarding my own. That is a conversation that I really DON’T want to have. Call me or anyone else for that matter. I’ll come to your panel and tell you what I’ve witnessed and/or experienced. I’ll tell you about how this “paña or Spanish need fi go back da he country”; I’ll tell you about people yelling k**ob”; as I’m sure many of us can relate to these types of experiences. “Wen I mi deh da States”, doesn’t equate to a Belizean experience. Go suh wid dat. “Don’t p*ss on my leg and tell me it’s raining.” We DON’T want to have this conversation, but have our own.

One more thing—don’t tell my people that we are “a culturally laid back people…and thankfully we’ve never had to fight for anything in terms of having any wars or such”. So, either we were all born with silver spoons, or Belizeans are just plain LAZY. Is that what you meant? I’m sorry for questioning the validity of your claim. Belizeans have participated in wars that we didn’t create. Consult your history. They fought for a better world that definitely includes Belize. Does it not? Wars, wars, wars. Here is a war that I’m waging—a war of words, of discourse, of a challenge to the status quo. The Mayas went to war with the Government of Belize for the right to own their ancestral lands; Caleb went to war with the GOB to challenge the unconstitutionality of our legislation, and Maria Roches went to war with those who wish to build a theocracy. War? You are ill-equipped and ill-informed to speak to and about our experiences.

I’m not X% percent Black—I’m hundred percent human. It shouldn’t matter the degree of your Blackness or Browness, but the degree of your humanity, empathy, compassion, and understanding—the degree of humanity and understanding which will allow you to see the plight and suffering of those around you. It is time to assess our own judgements, prejudices, biases, feelings, and ideas about color and race, and then will you be able to see the face of the racist. Like this country, my achievements were made possible with a strong foundation built by Blacks, and today I’m ready to have this conversation—I’m ready to confront the racist history of our nation, and the racist(s) who keep believing that what they are doing is not racism. We are all indebted, and we must begin having this conversation.