CARICOM congratulates The Bahamas on its 47th  Independence Anniversary 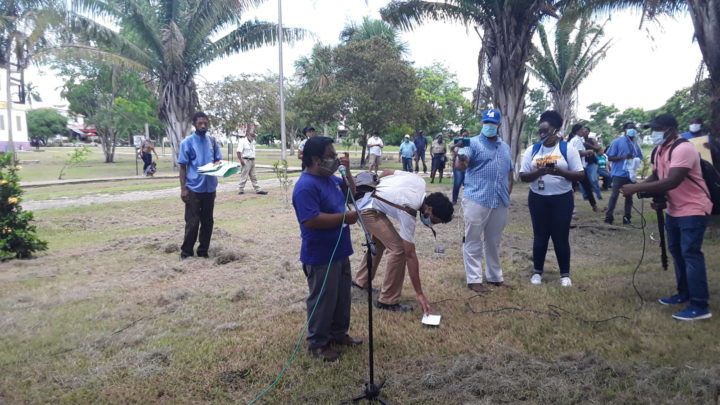 By Aaron Humes: “What do we want?”

President Pio Saqui said, “We must be respected as an equal and social partner and that our voice must be heard, and we must be respected as such. At this moment we are engaged in discussions because we want to know that our members who we represent are equitably represented and their voices are heard and that whatever adjustments are made, are made so that they can all share the same pain.” He added that all partners of the University are being asked to take a stand.

Saqui explained that the FSU has been asked to come ‘piece by piece’ to make their presentations rather together. He told us, “We cannot object to absolutely anything if we don’t know what we are objecting to. We don’t know – that’s the point. That’s precisely the point.”

The financial records the university claims have been handed over are “partial,” according to Saqui, and they need far more. And he denied that the Union was being difficult, pointing out that they had reached out first and were effectively rebuffed.

The UBFSU membership and even a few students walked from the National Assembly out to the Ring Road, Constitution Drive, then south toward Libertad and Hummingbird Avenues to the Central Campus for a rally in front of the Regional Language Center.

The faculty representative for the university’s division of Education & Arts Dr June Young made their demands clear. “We will not be bullied under the disguise of COVID-19. We demand full disclosures of the financial data. We do not want to see only truncated data with huge numbers. We want to see the raw data with line items; with numbers that we can question and agree on. We want to see monthly cash flows that can tell us where the money is coming from and where the money is going. What do we have in our assets? What do we have in our reserves? We need to know all these things.   The captain of our ship – where is the captain of this ship? The captain is saying that the ship is sinking, brothers and sisters, but where is the captain? The ship is sinking and John Public is asking where is the captain, who is being paid handsome pennies to steer this ship.”

University President Dr Clement Sankat has called a meeting for Monday, July 13, to lay out the University’s plans and hear from all concerned including the UBFSU. But the University has committed already to rolling back a planned tuition increase and reducing student fees.