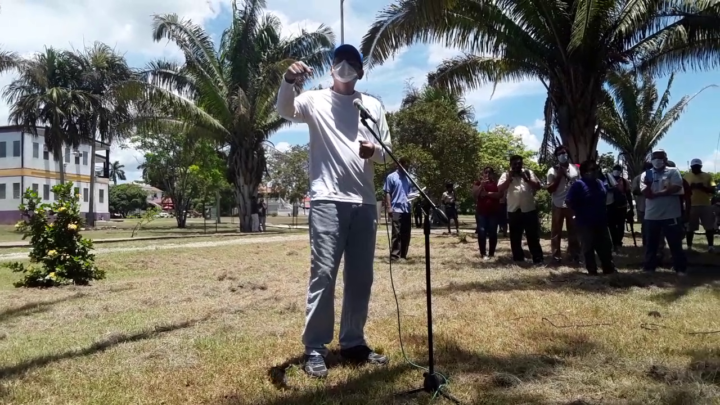 Zabaneh, a long-time educator, is a former chairman of the University’s Board of Directors (2005 – 2008); teaches there as an adjunct lecturer, and is a parent of a future student.

He lamented that the fledgling Union has been side-lined in ongoing discussions over the institution’s “financial exigency” and said if he were still in charge he would have brought them on to discuss from day one.

But he observed that the University’s subvention has not kept up with the cost of teaching an increasing number of students.

“I would have been lobbying for an increase in the subvention from where it has been stuck, at [$10 million] in 2008 when I was the chairman, to increase it to be in par with the increase in enrolment; it should be $20 million today,” Zabaneh said. The amount is currently $11 million and would be reduced to $8.3 million with a proposed 25 percent cut by the Government.

The amount the University got in 2005 was $7 million and his lobbying ensured the amount rose modestly. He recalled that students once invaded a Board meeting he chaired in 2007 to make their demands and suggested we needed more of the same.

Zabaneh also spoke at the post-protest rally, making note that Belize and the University have the capacity to build our students after having sent so many abroad who have shined in their academic pursuits.

But the authorities have been deafeningly silent and the suggestion is that there is no intent to properly invest in the University and therefore in the academic mind, says Zabaneh.

Zabaneh, however, assured that he stands with the FSU against institutional disrespect and in favor of building young minds to move away from national stagnation to a higher level.