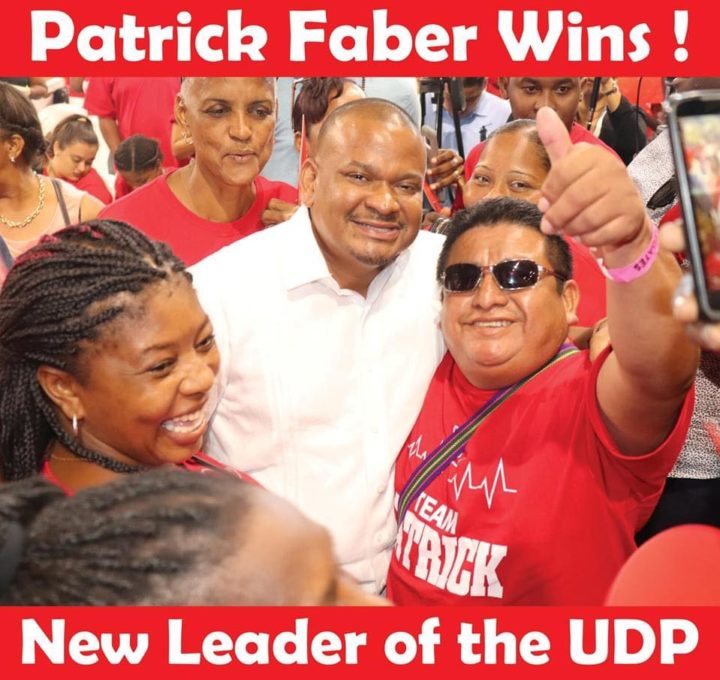 By Aaron Humes: So close, yet so far, the John Saldivar who was magnanimous in victory on February 9 could not bring himself to share the tent at ITVET Compound this afternoon with the man he had beaten so handsomely at the Civic up the street.

After being sworn in surrounded by his two young sons, other family members and party colleagues – today’s only splash of “ceremony” per party chairman Michael Peyrefitte – Patrick Faber alone was left to savour his revenge before the press, and it was his turn to be gracious.

When it was put to him that his longtime friend turned rival had “bad style” in Belizean Kriol parlance for not sharing the moment with him, Faber refrained from criticism.

“I just told you that the first order of business would be to unite the party; it wouldn’t be fair of me to criticize the man…you will do that criticism for me today. But that is my colleague, and I intend to call him, in fact, as soon as I get an opportunity, and the mending of fences and the divisions that were created, if there were any as a result of this convention, will be mended, because that is what we are; the United Democratic Party.”

“It’s my life’s ambition, as you know, to become the leader of this party, and to be of service to this party. Of course, the only thing that can make that further complete is offering my service to the country, as the Prime Minister of this country some day, and I’m hoping that will be very soon with the historic victory of the UDP that will be in November, or whenever the general elections are called. It’s a very happy feeling,” Faber said earlier in his first remarks after being sworn in.