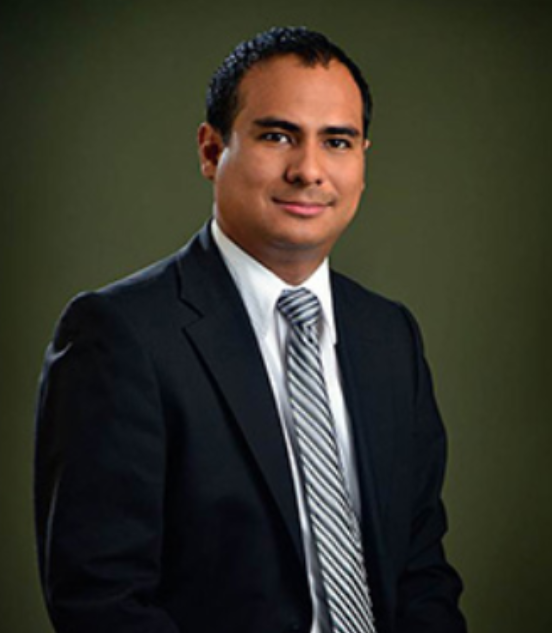 By Aaron Humes: On Wednesday, the Senate, by division, approved the appointment of attorney Estevan Perrera to the post of Chairman of the Elections and Boundaries Commission.

Former chairman Douglas Singh resigned in April and the post has now been filled just a few months before general and municipal elections are likely to be called.

Section 88 (2) of the Constitution states that the Governor-General appoints the Chairman and the four members who shall be persons of integrity and high national standing. In the case of the Chairman, he shall be appointed “acting in accordance with the advice of the Prime Minister given after consultation with the Leader of the Opposition.”

This consultation was given in the form of a letter to John Briceño.

The primary concern of senators debating the appointment is whether Perrera could be impartial or independent as a tiebreaker on the Commission. According to Lead Opposition Senator Michel Chebat, “[Perrera] acted at times as a substitute Senator for the United Democratic Party. But he also served as a member of the Belize Liquor Licensing Board. He served [as] a director of the Belize Water Services Limited.  He served as a director of the Social Security Board.  He is currently a director at the National Institute of Culture and [History]. When you look at the time period all of these appointments have been under this government and so the question of independence arises. It seems to me with all due respect that what we are trying to do here is hurriedly appoint somebody to fill the gap that the previous chairman hurriedly abandoned.”

Other Senators concurred. N.G.O. Senator Osmany Salas stated, “I think his works speaks for himself even though he has served as a temporary for the U.D.P. on a number of occasions.  I think he is of a strong enough character to speak his mind and speak for himself. But this is larger than Mister Perrera. It is larger than any of the current commissioner.  Larger than the P.U.P., larger than the U.D.P.; this is about our electoral system.”

Mark Lizarraga, Senator for the Business Community, added, “His voting record is what you have to look at publicly. And his voting record on both the S.S.B. and in the Senate has been one of full support for the government’s position and that was extremely concerning for the members of those bodies that I represent. He is too close to a political party.”

But Attorney General (A.G.) Michael Peyrefitte called it “hypocrisy” to focus on the voting record, suggesting that Senator Lizarraga would not qualify either because he appears to vote against the Government side too often (which he promptly challenged).

Outside the National Assembly, the A.G. pointed to a few prominent People’s United Party (PUP) supporters who have served the EBC and as Chief Elections Officer, the titular head of the Elections and Boundaries Department (EBD) to which powers are regulated.

“If your only qualification is that is a person is P.U.P. or U.D.P., you need to move past that, man. People are constitutionally protected for being either U.D.P. or P.U.P. – it’s right in the Constitution. So a person saying that they are U.D.P., or a person saying that they are P.U.P., does not automatically disqualify them from any job or any position that they want to hold within any part of the Government system. So that if that is your only argument, then that is a very weak argument. And let’s not forget: he will sit on a board comprising of five people, two of whom are appointed by the Leader of the Opposition. How come we’re not saying that those people may be influenced by politics but one person who is the Chairman may be influenced by politics?” Peyrefitte told us.

The Chair of the EBC is responsible with the rest of the Commission directs policy and overall direction, which according to Peyrefitte is less “hands-on” than the day-to-day work of the Chief Elections Officer, which exerts far more influence.

Nonetheless, the Commission has had a history, at least recently, of so-called “diehard” or at least prominent supporters on both sides being appointed to it. Both Singh and Alberto August, another past EBC Chairman, have served as Chairman of the United Democratic Party (August is currently vice-chairman); and the members of the Commission currently serving, Naima Barrow and Philippa Griffith-Bailey, have strong and longstanding ties to the U.D.P. Likewise do Orlando Espat and Magali Marin-Young, those appointed with the concurrence of the Leader of the Opposition. With the rise of other political parties, there has been no proposition to enlarge the size of the Commission to include others in decision-making.

The Commission is also empowered by Section 90 of the Constitution to provide proposals ‘from time to time’ to the National Assembly for the redistricting of electoral divisions, and is currently in court with the Belize PEACE Movement fighting a case for redistricting to take place before the general elections are called. Both major political parties have indicated they would prefer to wait until after the election despite the disparity between Belize’s larger and smaller divisions, which reflect an urban-rural disposition.