Regular gas goes up by 14 cents 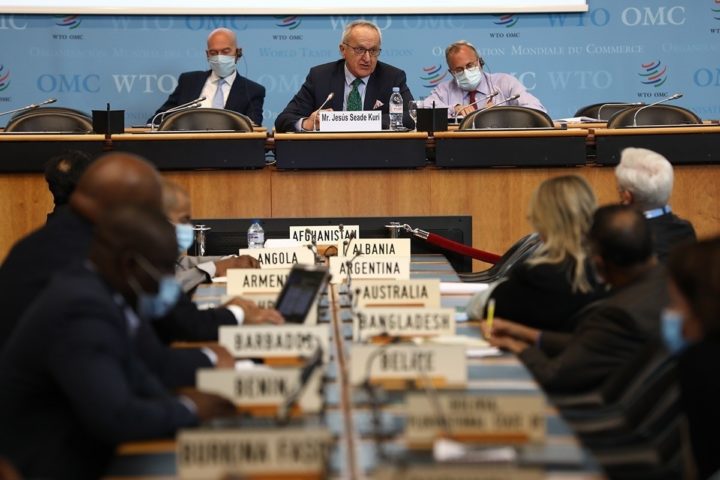 With a commitment to bringing the institution back to the center of international governance and to promote global economic recovery through it, Dr Jesús Seade Kuri, current Undersecretary for North America at Mexico’s Secretariat of Foreign Affairs and the only candidate from Latina America and the Caribbean, presented in Geneva his candidacy to Director-General of the World Trade Organization (WTO) before its General Council, as part of the second stage of the election process.

“Extraordinary efforts with all members are urgently needed to repair and maintain the relevance of the WTO as the core of a robust and inclusive system that meets the demands of our people, businesses, consumers and their development needs,” Seade told the Council.

Seade Kuri recognized the WTO’s contributions to the liberalization of fairer and inclusive trade by establishing common rules. However, he pointed out that the organization’s performance has fallen short of the expectations generated when created. Among other reasons, this has been because of its limited negotiating outcomes and the impasse in the appellate body preventing the resolution of disputes between member states.

This paralysis is compounded by the negative effects that the COVID-19 pandemic has had on global value chains and international trade —which, according to WTO, may fall to a third during 2020. Given this outlook, Seade Kuri noted that today the WTO requires profound change. This involves unlocking negotiations, both on the current issues and in an agenda for the twentieth century; one that includes digital trade and the sustainability of global exchange of goods and services.

Dr Seade Kuri presented his credentials for the post, including being Mexico’s Ambassador to the GATT and Chief Negotiator for the Uruguay Round; GATT Deputy Director-General and Founding Deputy Director-General of the WTO. Also, Senior Advisor to the IMF and the World Bank, as well as Chief Negotiator of the Mexico-United States-Canada Agreement (USCMA).

Belize has been a member of the World Trade Organization since 1995 and was among the first Members to ratify the WTO Trade Facilitation Agreement. Belize has successfully completed three Trade Policy Reviews (TPR) with the WTO. The most recent taking place at the Secretariat in Geneva, Switzerland, from the 24th – 26th April 2017. As one of the fundamental pillars of Belize’s Trade Policy Framework, trade facilitation should reduce trade cost and improve competitiveness, that will benefit Belizean producers and exporters.