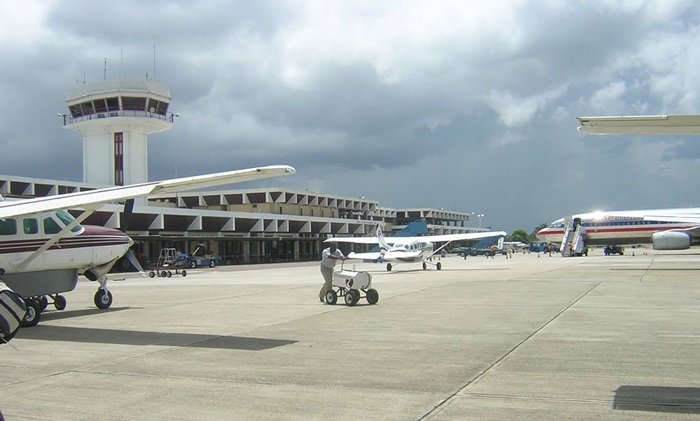 By BBN Staff: The Government of Belize’s decision to reopen the Philip goldson International Airport (PGIA) on August 15, has had a polarizing effect within the tourism sector with some stakeholders adamantly against the idea for safety reasons, while others welcoming the reopening for economic reasons.

Resorts, hotels and other tourism operators have since begun to inform the public whether or not they will be reopening along with the country.Recently Caves Branch owner Ian Anderson announced that his property will not be reopening in August and he appealed to authorities via social media to rethink their stance on reopening.

“Ella and I personally appeal to the Government of Belize  to NOT OPEN BELIZE international airport to tourists until some semblance of control and flatlining is the norm throughout the US. INTERNATIONAL airports that feed american tourist to Belize: Miami, Houston, Atlanta, LA.. are ALL located in the Exploding Hotspots in the US and all tourist arriving in Belize will have to travel through those airports and fly on those planes bringing with them undetected viral infections,” Anderson said.

Breaking Belize News (BBN) has confirmed that the proprietors of Pelican Beach, Parrot Cove, Cahal Pech Village Resort,, Banana Bank Lodge, Sleeping Giant Lodge, and Belize Jungle Dome share Anderson’s sentiments and will not be reopening either. We have been told that a number of smaller properties are also refraining from taking international tourists if the country reopens in August.

Back in June, the Belize Tourism Industry Association (BTIA) noted the divide within the industry following a survey of its membership. At that time, the proposed reopening date for the PGIA was July 1, and around half of the association’s members voted against the reopening. Tropic Air would later announce that it would be leaving the association, after the BTIA decided against lobbying for a specific reopening date, based on member feedback. Faced with massive losses in revenue and a difficult decision to terminate staff, Tropic Air CEO Steven Schulte  said that the economic fall out from not reopening would be worse than running the risk of letting COVID-19 positive persons into Belize.

To carry on the discussion about the safest time and way to reopen the country for tourism, BTIA is planning a forum on July 24, entitled “Belize Tourism Industry: Charting a Way Forward.”  The one-day forum will gather tourism stakeholders, while adhering to social disting requirements, to session to strategize and chart the way forward compounding our resources and capabilities in a unified manner.