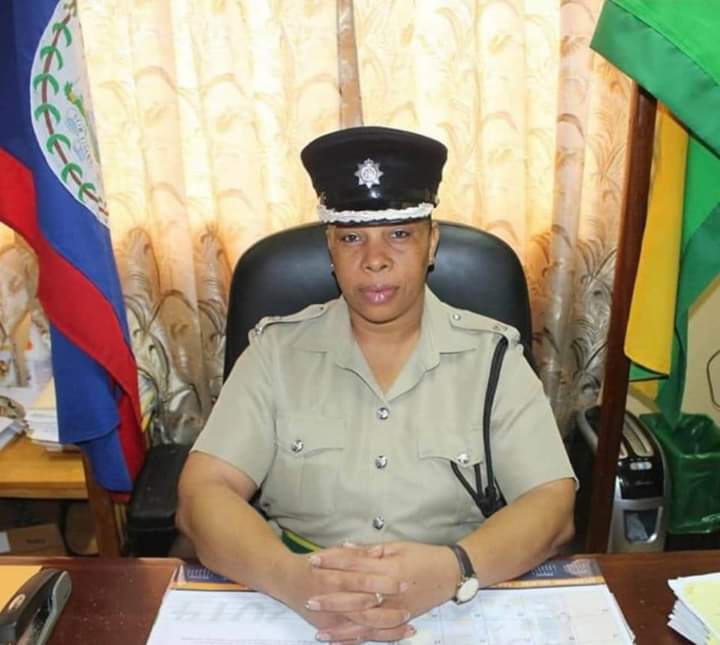 It makes her just the second woman in 57 years of women being serving members of the Belize Police Department to ascend that far; the other was Maureen Leslie in 2005.

According to former chair of the National Women’s Commission (NWC) Ann-Marie Williams, who spoke with Magdaleno, it is a far cry from her days at the Toucan Match Factory in Belmopan where she worked as a chemical assistant, overlooking police recruits (largely males) doing foot drills on the parade square of the Police Training Academy, Belmopan.

But she resolved to be like them, and after passing the entrance exam entered training a few days short of her eighteenth birthday. She hasn’t looked back since, serving in 35 years in such varied capacities as community policing, to Commander of Belize’s largest police division, the Eastern which covers all of the Belize District including Belize City.

Of the Department’s 2,400-strong complement of officers, about 440 are women, and as Phillips Magdaleno notes, “12 to 15 years ago only seven women were in the senior ranks and over time that number has quadrupled which is a significant improvement for women’s leadership.”

The wife of former Deputy Commissioner, Joseph Magdaleno, and mother of four daughters promises to remain steadfast and committed to her passion of policing as she continues to do her finest work. And she continues to await the day she – or another – joins Delano Christopher (Antigua and Barbuda, 2005-2008) as a woman Commissioner of Police in a CARICOM jurisdiction. “I’m not sure if our country is ready for such a paradigm shift but there’s no doubt that the senior women are up to the challenge,” she assured.