Philip Goldson would have been 97 today 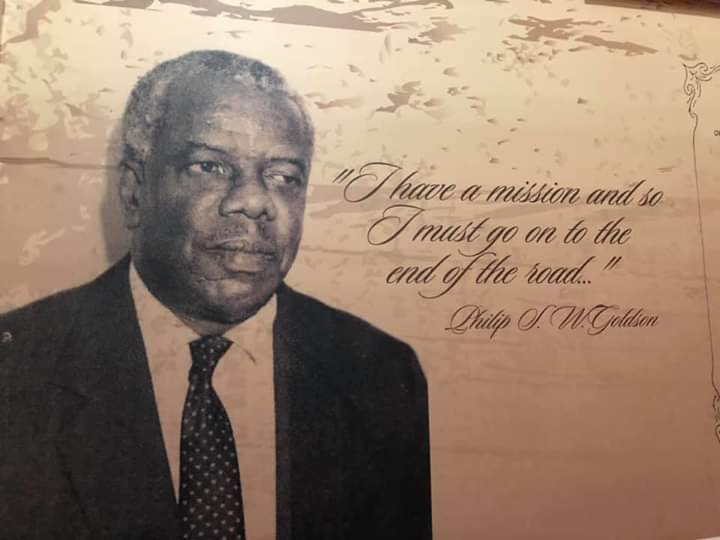 By BBN Staff: Today, the Father of Belize’s Democracy, Philip Stanley Wilberforce Goldson, would have celebrated his 97th birthday.

Goldson, a noble statesman has been credited with the founding of the two major political parties in Belize -the 1950s PUP, and the 1970s UDP.

He even served as the Area Representative of the Albert Constituency.

He was the leading and thunderous Belizean voice against Guatemala and its unfounded territorial claim.

However, at times his passionate commitment to Belize would pit him against many of his political colleagues.

The most memorable was when he, Derek Aikman and Hubert Elrington opposed their then leader, Manuel Esquivel on the Maritime Act.

Aside from his political activism, Goldson was a newspaper editor and lawyer.

Goldson’s life should be a reminder that the Belizean people can do the impossible, that it’s never too late to follow your dreams and despite our personal challenges we must not give up.

Most importantly, Goldson underscored the importance of democracy.