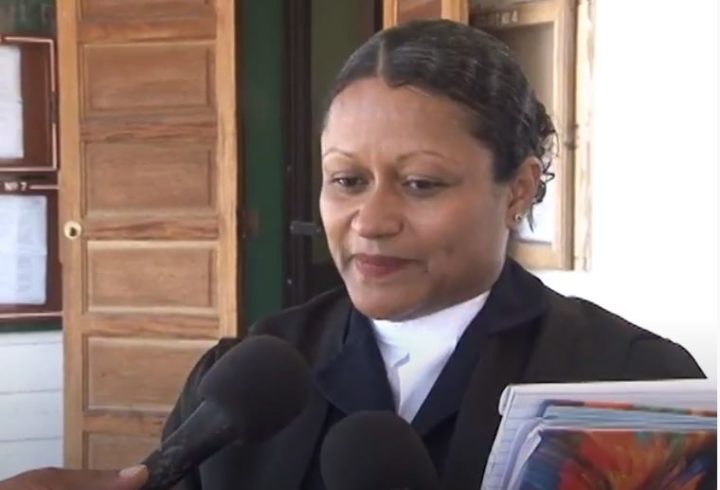 By Aaron Humes: According to Director of Public Prosecutions Senior Counsel Cheryl-Lyn Vidal, just 11 of 43 cases heard by the Supreme Court in relation to sentencing for murder after the landmark Caribbean Court of Justice (CCJ) ruling in August and Gabb vs The Queen resulted in fixed-term sentences, that is, imprisonment for a set number of years. And while she did not offer an amount, she made clear that certain factors in the instant case of Ernest Castillo and others vs The Queen under consideration by Justice Antoinette Moore lead toward imprisonment for life with the imposition of a tariff period before parole.

Her research, the DPP said, established no cases with similar facts and no trends in the sentences handed down by Belize’s courts, and she concludes that no one case can serve as precedent when it comes to handing down sentences because the facts are often dissimilar.

In the instant case, it was established to the satisfaction of the State and Justice Moore that the accused – Ernest Castillo; Ashton Vanegas; Keiron and Terrence Fernandez, and William “Danny” Mason – kidnapped and did away with Pastor Llewellyn Lucas of Dangriga sometime in the afternoon of July 15, 2016, severing his head and keeping it in a bucket which police later found in Mason’s truck outside a Belmopan bar establishment.
And they likely would have gotten away with it, too, were it not for a robbery in Belmopan earlier in the day and an eagle-eyed officer stationed at the bar that evening.

Director Vidal contends that none of the five convicted showed true remorse, which would be a mitigating factor in reducing the sentence. To the contrary, they each maintain their innocence and have only expressed sympathy with the family and friends of the deceased.

Indeed, “Danny” Mason in his social inquiry report was heard to bitterly complain that he was being railroaded by the authorities – political, legal and judicial. Among other things he contended that certain evidence was excluded; there was alleged political interference; the case was sensationalized by the press, and even that the DPP herself allegedly tampered with evidence and witnesses.

Is it any consolation, the DPP asked, that the five accused said they were sorry for the loss of Pastor Lucas, but not for their roles in his death?

The three persons interviewed for witness impact statements by affidavit got the last word this afternoon. Pastor Lucas’ sister said she and her younger siblings basically had been raised by her elder brother before he decamped to the United States. On his return, he threw himself into preaching and working with youth and had developed plans to open youth centers countrywide, now unfulfilled. She recalled her shock and tears after her husband informed her of Lucas’ death, repeating “his head?” in reaction to the beheading.

Another interviewee said his death was “a tremendous loss to Belizean youth” while a third concluded, “Justice will bring peace, but it will not take away the pain.”