Defense attorney Norman Rodriguez: “The judge will do what is right” 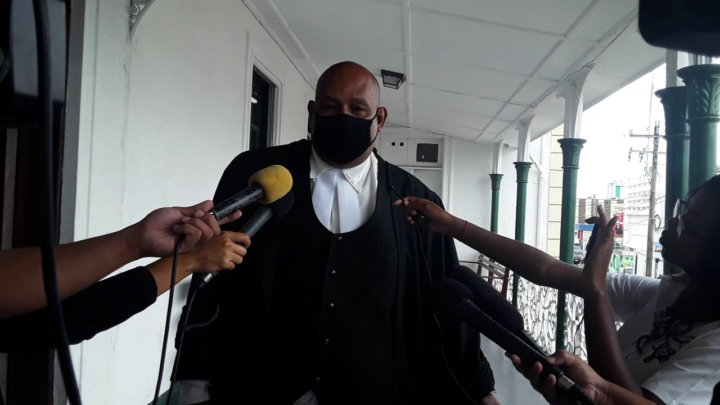 By Aaron Humes: Defense attorney Norman Rodriguez’s client, Ashton Vanegas, is on trial for his life, and only Supreme Court Justice Antoinette Moore’s words tomorrow morning, Thursday, stand between him and imprisonment for the rest of his life.

And he expressed hope that she will do right by the five men before her: “At the end of the day, it is the court that will go through the facts and whatever was presented, and make the decision. And I can tell you this is one of our very great judges in this country. She will do what is right; she will do what is just and we will have to proceed from there.”

He reminded reporters again today that the process of mitigation is to establish the side of the convict known to few publicly apart from those closest to him.

“When you see a murderer, you know the way you feel – you want a life for a life. But if you are able to see how the person progressed through life, and you are able to understand that there may be factors that could have contributed to this person being in these kinds of circumstances, then that may soften up the position the court takes so that it prompts it to give a lower sentence,” Rodriguez said, adding that Director of Public Prosecutions Cheryl-Lynn Vidal is acting in her role to craft a sentence that she feels is fair to the victims.

As for the DPP’s statement that she could find no mitigating factors in the crime, Rodriguez freely admitted the defense side could not either, but said it took nothing away from the judge’s eventual decision. All of the attorneys freely admitted in submitting to the court that the crime as presented was horrendous.

Rodriguez did take exception to the DPP’s definition of remorse and his client’s claim of innocence, characterizing it as the “true remorse” the prosecutor sought. It is left to the court to determine what it can take from what each defendant said as to their state of mind.

And he pointed out that there are always grounds of appeal, though not confirming his client would seek one.

The rest of the defense team is Dexter Todd, via Skype from his native Guyana, appearing for Mason; Baja Shoman for Ernest Castillo; Bryan Neal for Kieron Fernandez; and Iliana Swift for Terrence Fernandez respectively.