Not Goodbye by Lisa Shoman

PM says stevedores back to work; nationalization of Port appears to be off the table 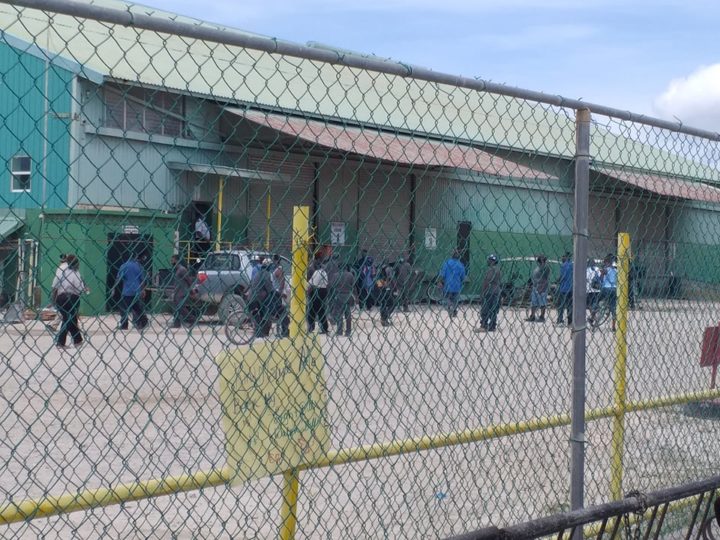 By Aaron Humes: Prime Minister and substantive Minister of Labour, Dean Barrow, has confirmed that stevedores aligned with the Christian Worker’s Union (CWU) are back to work this morning after several days off work in support of office staff, some of whom were terminated last week.

The merest contemplation of the possibility of nationalization of the Port, according to the Prime Minister (never a threat, he suggested), both backed off the Port of Belize from demanding their return to work without a collective bargaining agreement on Wednesday and forced Lord Michael Ashcroft to show his hand. He revealed that his Waterloo Investment Holdings Limited is owner of both British Caribbean Bank and Private Investment Limited, the principal creditor and debtor respectively of the Port in receivership.

In a lengthy response to us the Prime Minister ruminated about Ashcroft’s labyrinthine history in his Belizean concerns, about which we will have more later.

But the bottom line, he concluded, is that for now, that option is off the table and work continues to resolve the attendant labour issues.