Government to launch phase 2 of unemployment relief program on Monday

Emancipation day reflections Part I – The mindset of ‘blacks’ in Belize 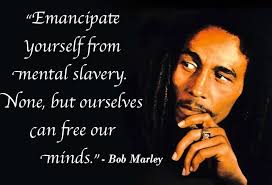 By Hugh O’Brien: This article was written after deep reflection and with resilient optimism that where there is a will there is a way. It is my firm belief that PEOPLE “are a country’s most valuable resource”, and that the quest for excellence as individuals, as a community, as a nation and as a world, should be a fundamental goal of our daily lives.  As we live each day, we must strive to better the lives of ourselves and our families, and at the same time try to better the lives of those around us. As we age, we should be able to look back at our achievements…and when we die, we should feel a great sense of pride to know that we have contributed to the betterment of the lives of as many people as we can, and that we have done our part to leave this wonderful earth a better place for those who come after us.

There are those who will say that Belize is getting worse, and that ‘blacks’ in Belize are worst off today than yesterday.  It is true that things could be better than they are, but even the pessimist must admit that, in general, things are better today than they were yesterday.  400 years ago, we ‘blacks’ lived as tribes, capturing our brothers from other tribes, and we sold them as slaves to the British as their ships sailed by. The British put us in chains and shipped us across the Atlantic to the Caribbean and Belize where we were placed in the bondage of slavery.

Yes, less than 200 years ago, we ‘blacks’ were slaves in Belize working in mahogany and logwood camps, and we and our children were owned by white slave masters from a foreign land.

Up to 1954 when Universal Adult Suffrage was passed, only the British nationals could have voted. In fact, in 1945 only 822 people (the white masters generally) could have voted out of a population of 64,000.  Before 1963 when we obtained self-government, the British made every single decision in Belize, and if we spoke publicly against the Government or public officers, we were arrested for sedition. Now once we are a Belizean and 18 years of age, we can register to vote. What we do with that vote, and how we have used it, is a different matter now. We fought for the right to vote in the mid 1900’s, now we want to be paid for our vote.

When we obtained independence in 1981, most of our villages did not have electricity or running water, our highways were not paved, vehicles and buses were few. Most high school students had to walk miles to get to school, only a few people were able to go to Sixth Form, and earning a Bachelors degree was reserved only for a few bright scholars, or a handful of those who were well connected.  Today, much of this has changed, much more opportunities exist and our expectations as individuals are much higher. However, despite being more educated, are we truly independent, or are we suffering from a chronic ‘dependency syndrome’?

In and around Belize City, and more recently across Belize in general, our black population appears to be the most challenged, and is the group that is not making full use of the opportunities around us.  This is best explained through the words of an extreme white supremacist who once said and I quote: “We can continue to reap profits from Blacks without the effort of physical slavery – we can use their IGNORANCE, GREED AND SELFISHNESS”.  He went on to say – “The best way to hide something from black people is to put it in a book” as they do not like to read, and because of this, they cannot survive in the information age.  GREED OR MATERIALISM, he said is another powerful weapon – they are so materialistic that they will buy anything we care to dream up, and they give little thought to saving or investing.  They would neglect their children, and leave them without food, to have cell phones and cable TV, to attend the bash of the latest dancehall artist, or buy a new tennis, or a Mercedes vehicle, rather than spend on education.   And finally SELFISHNESS, he bragged was ingrained in their minds through slavery.  Their selfishness keeps them back from working together on any project or for the betterment of their community.  They would slaughter each other over the simplest of things, they will bring down any of their black brothers/sisters who are making progress or who own a successful business, and they will steal from the same school and church that their kids are going to. Just for wearing blue or red colors you can be gunned down in the streets of the city.

The state of affairs, particularly the mental state, of our black population can change. This article, in part, showed us where we came from, and where we are as ‘black’ people.  We all know too well that the leaders of the UDP or the PUP, whether black, arab or spanish are not the solution…in fact, they have become part of the problem. In their own selfish ways these leaders continue to promote dependency, political tribalism and deep down are content that we are a poor dependent people, one that they can easily buy with some groceries and a few dollars.

Do we want to remain where we are? If not, then now it is time to talk about where we will go and how we can get there.  Part II of my emancipation day reflections focuses on a 5 point plan to get us out of mental slavery and dependency.

And if we start to follow this plan as individuals, as families, as communities and as a people in general, the state of affairs for ‘black’ people in Belize will move towards positivity, growth and development, and from within the ranks of those who have changed will emerge a real leader…one who will assist in breaking us out of the chains of mental slavery and pave the way towards true emancipation.