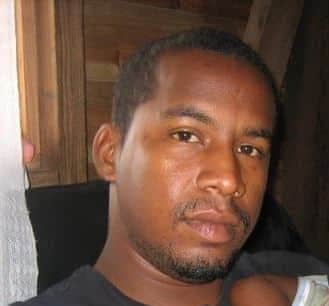 By Micah Goodin: James wrote to the believers, “Consider it pure joy, my brothers and sisters, whenever you face trials of many kinds, because you know that the testing of your faith produces perseverance. Let perseverance finish its work so that you may be mature and complete, lacking nothing.”

It is with a heavy heart but an absolute honor that I pay respect to my uncle, Orin Crescencio Velasquez better known as Breda O.

He was named by his sister, Grace Flowers, who pampered him at their Dean Street home in Belize City.

He was especially pampered by his mother who labelled him her best prize while his older brother and sidekick, Omar was labelled prize best.

While we celebrate Breda O as an astute businessman, pizza connoisseur, committed husband and dedicated father we must turn back the pages of his story to acknowledge incidents of his unbreakable perseverance, a perseverance which cannot be overstated.

My uncle had often reflected on what it was like being a child in the late 80s and early 90s on the south side of Belize City. He would recollect that the journey from home to the grocery shop and back was a risky one. You either had to put up a fight or run and fight another day. He told us of the fights he won but never shared the ones he lost.

According to him, many of his childhood friends and adversaries never lived to see age 25. Most of them surrendered to an unrewarding life of violence and crime. He considered it a noble achievement to have not been among those statistics…Breda O persevered.

He would go on to graduate from St. Ignatius Primary School and scored well enough in his Primary School Examinations which guaranteed him a space at St. John’s High School by way of a work scholarship. He was always working hard in the pursuit of his goals.

But by second form with the passing of his mother, compounded with the hardships of life, he was regrettably out of school and in the work force.

He flirted with the possibility of becoming an electrician for which he underwent vocational training. But in all my life I have never seen my uncle connect a wire or undertake any electrical work.

He went on to work for Three Star in Cayo, BH meats and then Peppers Pizza. It was there at Peppers Pizza, unknowingly to him, he would meet the love of his life, wife and mother of his children, Emilda Alarcon.

He hired her for a summer job but it appeared to have been an error on his part because the two spent more time arguing than attending to the needs of the customers.

At one-point things became so heated it almost resulted in an all-out war between the Alarcons of Ladyville and our family in Belize City.

Nobody suspected that these employees of Peppers Pizza would become love birds for almost 20 years and eventually have a pizza shop of their own.

While dating Mel my uncle returned to St. Johns Extension and completed his studies with honors.

It is said that behind every great man there is an even greater woman and Mel is just that woman. She inspired and supported him in all his endeavors. And he returned the gesture often by way of poems to Emilda.

My uncle was a poet and earned the title Breda because of his time interacting with members of the Kremandala family. Whenver you are behind the Zince Fence you are a brother or a sister. Thus, the name Breda O.

With his diploma in hand, Breda O commenced employment with Tropic Air and relocated to Ladyville where he secured a piece of land to build his home.

With secured incomes and shelter, Breda O and Mel were ready for a family. Months later came Jaheem.

I recall my uncle being so happy and excited for his first child that days leading up to Jaheem’s arrival he could hardly sleep. Jaheem was the apple of his eye. Everywhere you saw my uncle, you saw Jaheem. He loved his prince.

Four years later Breda O and Mel felt it was time for another child. They didn’t want Jaheem to be an only and lonely child.

Afrikah was born. Before Mel could even see her daughter, Orin hurriedly carried her away. But the unthinkable happened. She stopped breathing. Doctors quickly performed CPR to save her life as my uncle cried away.

Afrikah held the keys to his heart. He loved his princess.

With his family complete and a shelter of his own after living 13 places across the country, my uncle felt like the most successful man in the world.

His little board house was his palace and sanctuary. He came home every night and was never the kind of man to leave his family for days without end compelling his children to inquire about his whereabouts.

They prayed together, played together, partied together, cooked together and traveled everywhere. They were an ideal family and what you saw displayed on his social media is exactly what happened behind closed doors. Before this global pandemic they had purchased tickets for vacation in Los Angeles.

Jaheem can testify that his father was always there. When he learned how to read, write and count his father was his tutor. When he scored his first basket on the court his father was there to celebrate with him. When he pedaled his bicycle without training wheels his father was there to catch him if he fell. His father played an important role in his life. The two were competitive rivals on their basketball court as they pushed each other to improve their skills. The two were also trained boxers that represented Ladyville in several tournaments. Only weeks ago, my uncle told me he was extremely proud that Jaheem had learned to make pizza and was actively involved in the family business. He was confident that one day Jah would be able to continue the business.

Afrikah can also testify of the greatness of her father. A dad soft enough to comb her hair and strong enough to protect her from all harm. He campaigned vigorously when she wanted to be class president. She won that election by a landslide. He supported her passionately when she launched her own small business at school. The two have had so many karaoke nights together it would have been no surprise if they produced a cd of their own music. Her father was always amazed by how smart and eloquent and proper she was.

Breda O was not only committed to his wife and children but also to his siblings. Whenever my mother needed him, he was there. And she needed him a whole lot. I was about fourteen years old when my mother asked him if I could live with him in Ladyville because Belize City had become too violent and it was tough for my mother to raise a man on her own. Without reservations my uncle agreed and, in this village, I spent much of my life until junior college. During my time with my uncle I was able to witness firsthand the sacrifices that he made, he worked at the airport by day and sold pizza by night.

For many meals we had breastbone and tortilla because my uncle never trusted the banks and didn’t believe in loans. As a matter of fact, he secured his assets without any. He saved a long time to finance his dream restaurant which is now 90 per cent complete.

Seeing that I had grown into a productive young man, his other sister, Alice asked if her son Jeremy could also relocate to Ladyville because of the turbulence in Belize City. Again, with no reservations my uncle agreed and my cousin at one point became his employee. My sister was also one of his employees.

Breda O planted so many good seeds not realizing that today his children and especially his son Jaheem would be able to stand under the shade.

Claudette, Jeremy, Psalm, Queenie and I will miss our uncle dearly. He was at every graduation and every important juncture of our lives.

We recall when we were kids and it was his payday; he would make us chips and dips and cool aid and we would sit and asked us what we wanted to be in life. He wanted all of us to become positive members of society.

He was more than our uncle; he was a father figure and a friend in who we could confide. He provided for us when we had nowhere else to turn. When Psalm and I started high school and struggled to secure our footwear, he was there. He bought me my first pair of Jordan’s sneakers.

The same loved he showed to us, he showed to this community from the small window at his pizza shop or on the basketball court where he has organized so many tournaments and positive events for the Ladyville youth.

And so, while many may say that it was his time, it certainly was not. He didn’t get a chance to see the restaurant open or to see his children grow up to lead productive lives or to retire and spend his days at sea with his wife as he had done with his uncle Basil as a child.

We have lost a great man. A righteous man. Underserving of the tragedy that occurred.

We must all be equally concerned and outraged at what happened to him.

This was to never have happened to a man that walked the straight and narrow, took no short cuts or days off, cheated no one and did everything morally acceptable.

These things make you question life. But the book of Proverbs teaches us that we should trust in the lord with all our heart and lean not on our own understanding.