Why Cayo Is The Best Place to Buy Belize Real Estate 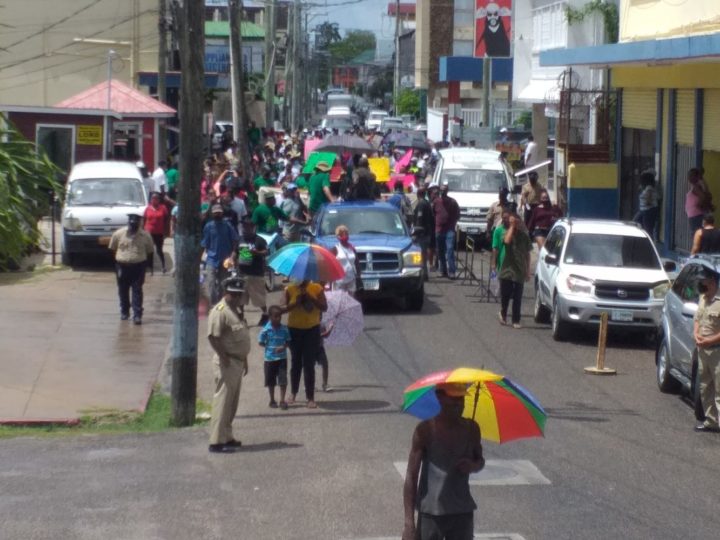 By BBN Staff: Despite successfully brokering a collective bargaining agreement for stevedores with the Port of Belize Limited (PBL), the Christian Workers Union (CWU) held a protest through the streets of Belize City today, as a show of solidarity with 36 PBL workers who were recently made redundant, 29 of whom are union members.

Several of those workers took to the stage at the CWU’s rally, held at the Fort George Memorial Park, giving testimonials that the terminations came at the worst possible time economically, with one woman saying the redundancy forced her to choose between paying her bills and feeding her children.

Christian Workers Union President Evan “Mose” Hyde, explained that the protest was still necessary because the CBA that was negotiated over the weekend was a separate issue.

“Today’s march was themed ‘Hear our cry’ and it’s dealing with the adjacent bargaining unit of the staff, they share the same compound as employer PBL but they are distinct units,” Hyde said. “So when we say hear our cry, it is to make sure that their voices are not forgotten, and they are not just fading away.”

Hyde said that the remainder of the staff at the port, such as the warehouse staff, office staff, mechanics, maintenance, and security personnel, have been with a CBA since 2002. He noted that the CWU has a meeting planned with the PBL to discuss matters such as the 10 percent reduction in the salaries of port staff and the completion of a CBA, but that the most pressing issue is to get the 36 redundant workers back on the job.