Commissioner of Police details plans for extended State of Emergency 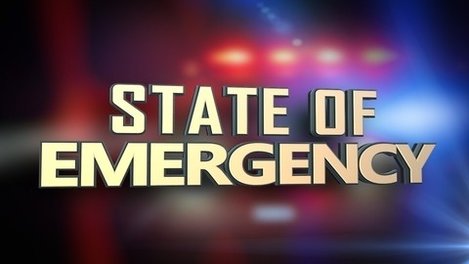 By Aaron Humes: Speaking even as it was being debated in the House of Representatives, Commissioner of Police Chester Williams made the case for extending the Southside State of Emergency established in July.

Williams argued that as the Department picks up its enforcement of COVID-19 related offenses, it does not want to have to worry about that slice of the criminal element that refuses to come to heel: “We’re hoping that the extension will be granted, and with that, we will be able to keep some of those persons who we believe are the troublemakers from the City in prison. Especially now, where we see that the issue relating to COVID-19 is beginning to pick up, the police have been extremely busy and we are going to be even busier now dealing with COVID-19 related offenses.”

The gangs’ behavior, said Williams, is causing more deaths than COVID-19 at the moment and it is hoped to prevent even more.

Some 34 persons were arrested and detained from the original 90+ initially held in the sweep at the start of July. So far those picked up from the first State of Emergency in March are behaving, with police eagle eyes on them.

Commissioner Williams told us that with the main players in the murders imprisoned, the threats have “somehow diminished” but that is not expected to hold if they are released. “At the end of the day, what we want is to ensure that the City remains calm and that the Police can indeed focus on the COVID-19 preventative offenses.”

The imprisoned youth are not necessarily separated, Williams told us, as the idea “is to ensure that they can learn to co-exist,” and that they are expected to take advantage of the prison’s programs and attend mediation and conflict resolution sessions with Nuri Muhammad and Carolyn Westby, established youth workers.

For those worrying about the legality of the extension, Williams noted that the original two SOE regulations were for 30 days and in some cases were not taken seriously. The Constitution allows for extensions to the SOE, approved by the National Assembly, for up to a full year once conditions are satisfied.