US grants UNICEF, Ministries of Education and Health US $300,000 for COVID-19 prevention response 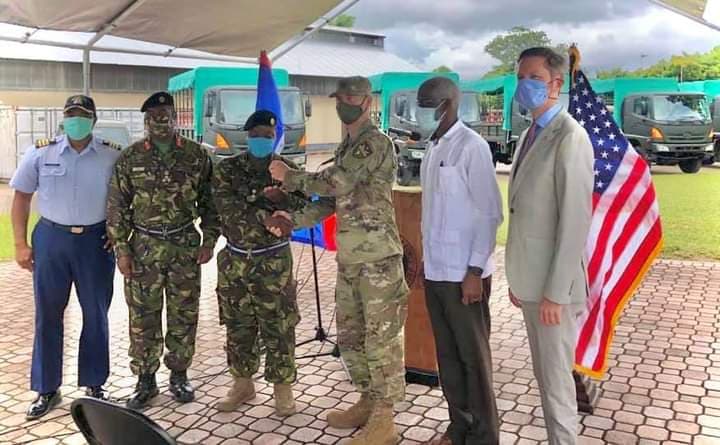 By BBN Staff: On August 6, the United States Government donated an ambulance, six vehicles, and aircraft and vehicle parts valued at U.S. $1 million to the Belize Ministry of National Security in a handover ceremony at Force Headquarters on Price Barracks.

Today’s handover ceremony represents the culmination of almost three years of effort and partnership with the Ministry of National Security to purchase the equipment.

“The U.S. Embassy understands how critical these troop transport vehicles are in moving soldiers around the country to secure Belize’s borders and deter illegal activity, including that of transnational criminal organizations,” said Keith Gilges, U.S. Chargé d’Affaires,

“These vehicles will provide an enhanced emergency response capability dedicated to Belize’s soldiers and sailors of who often take great risk in service to their country,” Gilges added.

The six Hino vehicles delivered today will join an existing fleet of seven Hino vehicles donated by the United States five years ago. The newly expanded fleet is expected to significantly improve the effectiveness of border security operations.