Of 3 samples processed today, one is COVID-19 positive 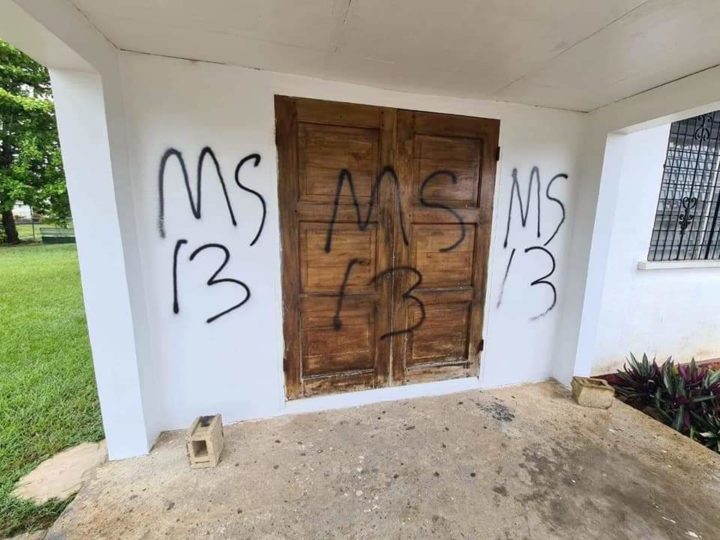 By Aaron Humes: Several locations across the capital of Belmopan, were apparently vandalized over the course of Saturday into today, Sunday.

According to our colleagues at Plus TV, the Belmopan Church of the Nazarene located on East Ring Road, the Market Square gazebo and nearby Independence Park, were vandalized with MS-13 gang paraphernalia.

The short name MS-13 stands for Mara Salvatrucha, a gang originating in El Salvador but which has roots across northern Central America and the western United States.

In the case of the church, pastored by PLUS TV owner Louis Wade, a number of live rounds were left on the compound, including a bullet used in a high powered rifle.

Police are at this time believed to be actively seeking out the suspects they believe are responsible for these incidents.