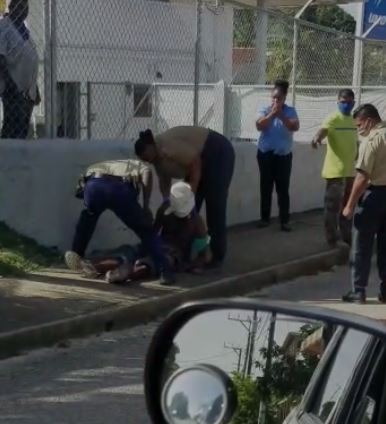 By BBN Staff: Police in Punta Gorda are investigating an incident in which a man allegedly wielding a machete in a threatening manner toward another man was beaten and chopped up with his own weapon.

According to police, Derrick Arnold was riding his bicycle on Front Street in the town following behind his child’s mother with a machete in tow. Police say the woman was walking with another man, Moses Varro, when Arnold advanced toward him in a chopping motion.

A scuffle reportedly ensued in which Varro managed to take away the machete and chopped Arnold. He was rushed to the hospital where he is being treated for chop injures to his left hand, left little finger, right shoulder and forehead.

Police visited the area and have since recovered the machete. A statement was taken from Varro, according to police. Police have not said whether charges will be filed against either men.