P.M. says Belizeans will be fed and watered through worst of pandemic

Security officers at court get thermometers for temperature checks 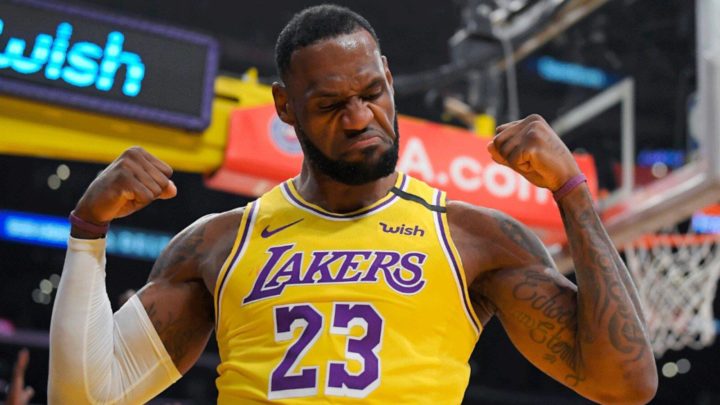 By Aaron Humes: It’s the moment fans of the National Basketball Association (NBA) have been waiting for – much longer than usual.

Thirty teams have been whittled to 16, and a champion will be crowned in October, rather than June.

The NBA concluded a wild, weird and strange season on Saturday with a sight not seen since 1956 – a play-in game for the final spot in the Western Conference. The Portland Trail Blazers edged the Memphis Grizzlies 126-122 for the right to play the all-conquering Los Angeles Lakers in the first round.

But the league is celebrating a success that matters far more these days – getting through its restarted season without a single positive test for COVID-19 inside the ‘bubble’ at the ESPN Wide World of Sports Complex on the compound of Walt Disney World Resort, Bay Lake, Orlando, Florida.

The NBA was suspended after its first COVID-19 positive case on March 11, but returned on July 7 with 22 teams – 13 in the Western Conference, nine in the Eastern Conference.

Per Insider, “Players are not allowed out of the bubble (with some exceptions), and people aren’t allowed in the bubble (at least until later in the playoffs, when some families can join). Players will be tested for COVID-19 every day and monitored for symptoms. The idea is to control the environment as best as possible and mitigate external factors.”

The NBA had conducted 342 such tests as of last week, with some players falling ill before their arrival in the bubble and others choosing to opt-out. The league established other guidelines concerning movement in and out of the bubble and preparing for possible outbreaks.

Each team played eight regular-season games to determine seeding before going to the playoffs. In both conferences, if less than four games separate the eighth and ninth seeds, there will be a play-in tournament. The play-in tournament will require one win for the eighth seed and two wins for the ninth seed. Playoffs will be four rounds of best-of-seven games, as usual.

League Commissioner Adam Silver told Sports Illustrated, “It’s better than what we had envisioned. Players have taken to it in a more spirited way than we thought they would. We knew that this would require enormous sacrifice on everyone’s part, but I think that what is hard to calibrate—and this maybe goes to my experience when I first came into the arena—is the human emotion that comes with being around other people. And I think everyone realized they missed it more than they even understood. There are players either whose teams are not participating, who were unable to engage this summer because of injuries or other issues, who, once they spoke to fellow NBA players, have asked to join the experience down in Orlando.”

Despite Florida being a particular hotspot for COVID-19 with more than 460 thousand cases reported, “It’s not only the happiest place on earth, it’s the safest place on earth,” Lisa Salters, ESPN sideline reporter, told CNN Business about the bubble.

And fans have not been left out, according to CBS Sports: “By using the giant video boards that surround the court as virtual seats, each game has around 300 fans rooting for either team, and it’s been a great addition to include something to these games. It’s even funnier when you see guys like Shaquille O’Neal and a very stressed out Paul Pierce pop up in the middle of the game.”

The NBA has been well-rated compared to Major League Baseball (MLB), which chose to start its postponed shortened season in regular stadia and suffered a rash of cancelled games after positive tests, while college football and the National Football league (NFL) face cancellations prior to the start of their seasons.

Playoff games are airing on ESPN, TNT, and NBA TV and select games and the Finals on ABC.