“Something must be done” about tug incident at Big Creek, says P.M.; port hits back

P.M. says Belizeans will be fed and watered through worst of pandemic 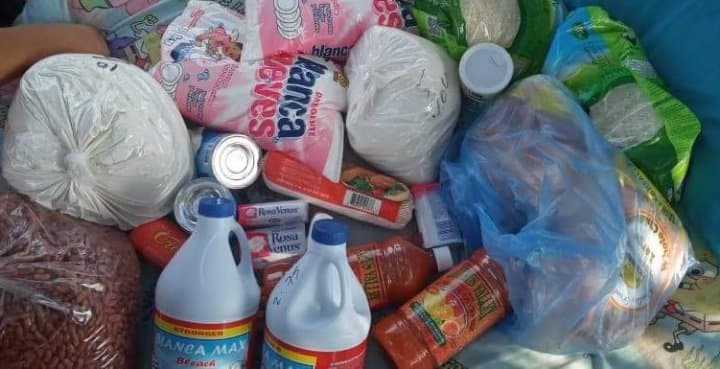 By Aaron Humes: As an aside during Friday’s post-House of Representatives discussion about the economic impact of a potential national or even regional lockdown, Prime Minister Dean Barrow updated on the financial status of several new and existing programs created by his administration to address socio-economic issues.

Addressing the issue of contraband and its link to the poor, the Prime Minister said, “The border jumpers are simply doing illegal acts which put the safety and the health of whole communities at risk, the entire country at risk. I understand that these are poor people. We are trying to do our best for them; the best is never enough, but in this case it is damned good.”

The Government proposes to greatly expand food packages to affected communities, and OPEC/OFID has approved BZ$20 million to continue and expand the food assistance program.

From the remaining funds borrowed from the Central Bank in April, some $75 million, additional funds will be taken from that to further boost the program in addition to the Unemployment Relief Program (URP) and MSME program already funded from that fund.

“We can really boost that food program where for the next three months, there really should be no one who wants and who will be left without,” the Prime Minister promised.

The BOOST program will provide $150 pay-outs to long-term unemployed and as much as $400 per family. That is being funded by $13 million from the World Bank.

Per the URP, Government has moved pay-outs from the “overworked” Social Security Board (SSB) to the National Bank of Belize, boosted by $12 million from the Inter-American Development Bank (IDB). The “glitches” being seen in the roll-out of the program will hopefully be fixed.

“My point is that it is never enough. But I repeat, we have done a fantastic job in identifying and moving funds so that we are able to maintain some seriously capacious social protection, social assistance programs. Doesn’t mean people aren’t still poor; doesn’t mean that the border jumpers aren’t impelled, in a lot of cases, by their economic circumstances, the hardships that they are facing. But that cannot be enough for us to either turn a blind eye or go easy on those border jumpers; in effect, principally, they are the cause of the current surge,” the Prime Minister concluded.

An important caveat is that an individual who qualifies for one of these programs may not seek to apply for another.