Bill Gates says vaccine will help end COVID-19 pandemic by 2021, but many more will die before then 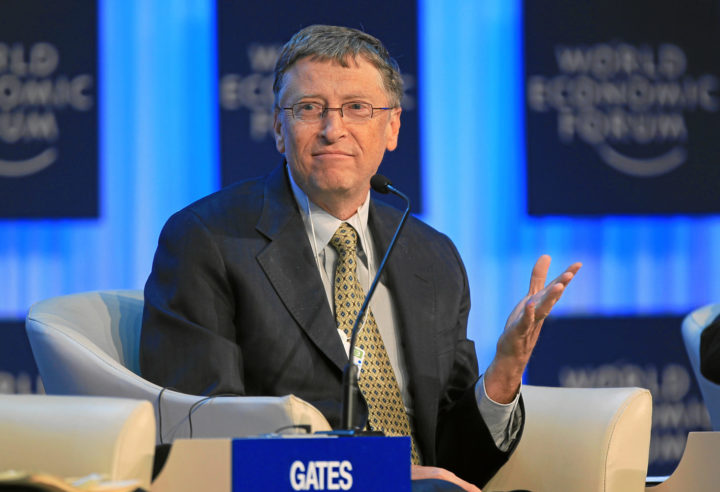 By Aaron Humes: Speaking to The Economist, philanthropist and co-founder of Microsoft, Bill Gates, predicted that even with the arrival of a potential vaccine for COVID-19 by the end of 2021 if not earlier, millions more are going to die before the pandemic ends.

Already, close to 800,000 have died worldwide since the discovery of the coronavirus in China at the end of 2019.

Gates told Zanny Minton Beddoes, The Economist’s editor-in-chief, that these deaths – about 90 percent – would be attributable not to the disease but the strain it caused on health care and struggling economies, not to mention the politicization of the response in countries such as America and Brazil and the spread of conspiracy theories – some implicating him – which have slowed efforts to contain the spread of the disease.

But he added that lockdowns will reduce access to immunization and medicine for other diseases. Deaths from malaria and HIV will rise. Lower agricultural productivity will see hunger spread and education rates fall. When it comes to the fight against poverty, the virus could wipe out a decade of gains.

Recovery hinges on approval and mass production of a vaccine and subsequent immunization of a swath of the world’s population, he stated.

Gates is now calling on richer countries to buy vaccines for poor ones, on the basis that this reduces the chance of countries with “reservoir cases” passing them on to others. He estimates that it will cost US$10 to 12 billion to supply poor countries with vaccines if they are priced high enough in rich countries to cover costs of production. Much of this would come from the U.S., which he rates well in terms of research and development of vaccines (80 per cent of the global total) and proposes Congress put money in its next supplemental spending bill for this purpose.

Unfortunately, as The Economist and Gates himself notes, Congress is bogged down in negotiations over that package and political polarization has complicated the national response. Even if newly-nominated Democratic Party candidate for President, Joe Biden, defeats incumbent Donald Trump in November, it will be difficult to undo the current status quo which has made wearing of masks a political statement rather than adhering to expert advice. He expects that will continue among Trump’s supporters in particular.

The U.S. is at the vanguard of what has been described as a ‘retreat from multilateralism and co-operation via international institutions’, according to The Economist, which has led to its removing itself from the World Health Organization (WHO) and accusing China of not being truthful about the origin and spread of COVID-19. And there is already rearguard action against a COVID-19 vaccine, with one-third of Americans polled by Gallup saying they would not agree to receive an FDA (Food and Drug Administration)-approved vaccine, even if it were free.

Gates does observe, however, that according to latest research, other coronaviruses in circulation, and partial immunity afforded by vaccines already in use for other diseases, already grants a measure of protection against COVID-19. It is also not as contagious as some other diseases. The current best estimate is that 30 to 60 percent of the world’s population will need an effective vaccine in order to halt the pandemic, says Gates, as opposed to measles which is administered to over 90 per cent.

Gates says governments, which so far have only pledged US$10 billion to global efforts to manufacture and distribute vaccines, must do a lot more, as the right vaccine, when ready for distribution, will be by far the quickest vaccine ever to come to market. More than 150 vaccines are being developed worldwide, with six in final, large-scale clinical trials. Mr Gates has already donated hundreds of millions (US$350 million from the Gates Foundation alone) to the cause. He is willing to donate a lot more.

Since 2000, a global alliance has been working to find vaccines for and eliminate poliomyelitis and malaria, scourges of the developing world, and he has learned lessons in ensuring equitable distribution—especially in poor countries.

And he was among the first to warn that a new disease causing a global pandemic was a matter of when, not if, and called for the world to hold “Germ Games” along the lines of the wargames carried out by armies. He says now, “We all need to spend billions to get the vaccine out to save the trillions that the economic damage is doing.”