Consumer prices up by negligible 0.1 percent during month of July 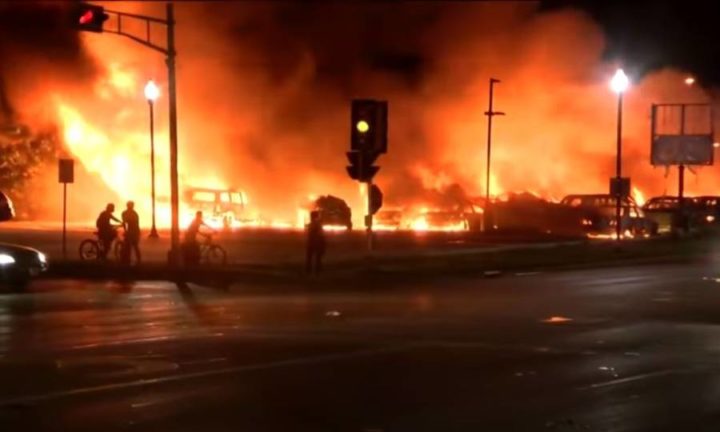 By Aaron Humes: The National Basketball Association (NBA) has postponed today’s first-round playoff games after the top-seeded Milwaukee Bucks boycotted their match with the Orlando Magic at the Walt Disney World Resort, per the BBC.

The Los Angeles Lakers were scheduled to take on the Portland Trail Blazers, while the Houston Rockets were facing the Oklahoma City Thunder. All games will be rescheduled.

Prior to the game, Bucks coach Mike Budenholzer said: “Myself, my players and our organization are very disturbed by what happened in Kenosha.”

He added: “It is a great challenge to have an appreciation and a desire to want change, to want something different and better in Kenosha, Milwaukee, and Wisconsin, and then to go out and play a game.”

In Kenosha, Wisconsin – about 40 miles from Milwaukee – two persons were shot dead and another injured Tuesday night in a third night of unrest following the police shooting of Jacob Blake, 29.

Kenosha Mayor John Antaramian said the FBI, Bureau of Alcohol, Tobacco, Firearms and Explosives (ATF), U.S. Marshals as well as police across the state were already involved in efforts to quell the unrest.

Mayor Antaramian told reporters: “I am here today basically to, number one, inform everyone that we are not planning on letting this violence continue. Number two, we are going to work together to resolve the racial issues in our community, and we are going to make that work.” A seven p.m. to seven a.m. curfew is in place until Sunday.

Blake was shot and injured by police on Sunday as he leaned into his car and as his children watched. He is recovering in hospital and conscious according to family but is paralyzed from the waist down. His lawyers say it will take “a miracle” for him to walk again.

The BBC says Tuesday night’s incident was believed to have involved protesters against Blake’s shooting and armed men guarding a gas station. A minor, 17, from Antioch, Illinois, is held on suspicion of murder over the deaths of two men, aged 26 and 36, and injury to another, 26.