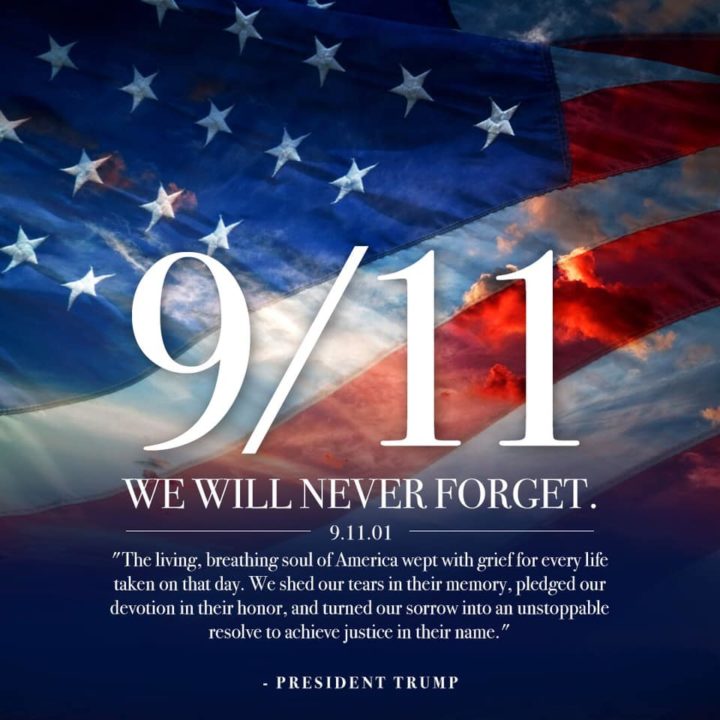 By Aaron Humes: Where were you on this day nineteen years ago, when it seemed that the United States of America, the world, and indeed time itself, stood still?

Charge d’affaires at the U.S. Embassy here, Keith Gilges, notes in a video statement that so many of us still remember September 11, 2001, clearly, though there is a generation that has grown up with 9/11 as something they learned about, rather than experienced personally.

To briefly recap per Voice of America: Nineteen men affiliated with al-Qaida carried out the hijackings of four commercial airliners, directing them into the “Twin Towers” of the World Trade Center in New York City; the Pentagon (Department of Defense headquarters) in Washington D.C.; and a fourth believed to be headed for the White House in Washington crashed near Shanksville, Pennsylvania, after passengers struggled with the hijackers for control of the aircraft. In all, nearly 3,000 died in the states of New York, Virginia and Pennsylvania, in the deadliest attack on American soil since Pearl Harbor in 1941. The events of September 11 permanently changed America’s perception of security and prompted then-President George W. Bush to declare war on terrorism and invade Afghanistan.

CDA Gilges reminds that at least one Belizean – Alva Jeffries Sanchez, who worked on the 96th floor of WTC One – died, among citizens from 60 countries other than the U.S. who passed on.

Gilges also noted that “Within days of the attack, the New York Police (Department) called the Belize Mission in New York City, to report that a tattered and torn Belizean flag had been found in the rubble of the World Trade Center. The flag was brought home to Belize at the request of the Prime Minister, as a reminder of the enduring spirit of our two nations in the face of reckless cruelty.”

The attacks led to a “War on Terrorism” as declared by then-President George W. Bush, and at least at the time, a spirit of camaraderie and resolve to build back stronger.

For Gilges, a newly-minted Foreign Service officer who was just starting training, it cemented his determination to pursue a career in foreign public service and promote the ideals of democracy in the face of hate and intolerance.

VOA notes that while the Taliban was chased from power in Afghanistan before the end of 2001, war continues although there is an agreement in place to end the conflict.

The chief architect of the attacks, al-Qaida leader Osama bin Laden, was eliminated by Navy SEALs in Pakistan in 2011.

Memorials for those killed in the attacks now stand at all three sites in New York, Virginia and Pennsylvania, at which separate ceremonies took place this morning.

The Pentagon crash site was quickly rebuilt after the attacks, while after a few years new towers at the World Trade Center site resumed their towering heights as the tallest buildings in the United States.