The legacy of Simon Lamb 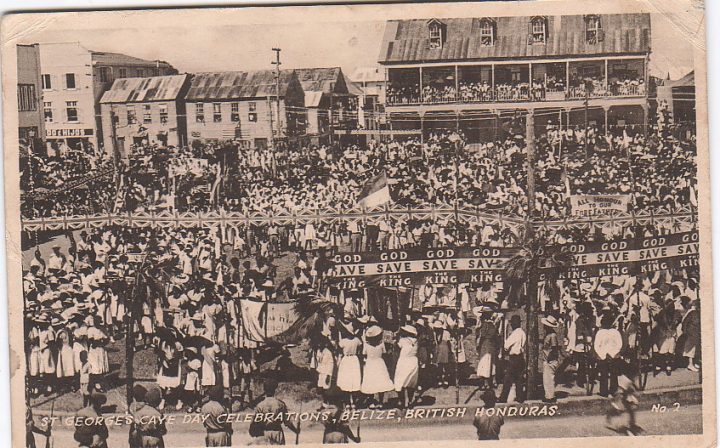 By Aaron Humes: That Belizeans observe the anniversary of the Battle of St. George’s Caye as we did on Thursday is part of the legacy of a Belize City tradesman, Simon Lamb, who near the end of his life helped revive the flagging celebrations of the naval event.

Lamb, according to the Belize History Association’s Rolando Cocom, should not be credited for the “Centenary” celebration in 1898. As this reporter first noted in 2013 in the Amandala , a group of citizens organized the annual tribute to the Battle beginning in 1898, making it a public and bank holiday.

Celebrations then began to dwindle after about 10 years and then Lamb stepped forward, personally organizing the annual festivities until the Tenth gained the stature it still holds today. After his death, citizens would pay tribute to him at his grave site.

But Cocom says Lamb made a contribution that has largely been ignored: he organized the first parade to celebrate 50 years of emancipation from slavery on August 1, 1888.

Cocom writes: “The parade participants were also seeking to establish a “People’s Hall”, as a center of education, which never came to fruition because a storm destroyed the building near completion and the initiative was later abandoned.”

More recently, the UBAD Educational Foundation has revived the parade to Lamb’s recently restored gravesite at the Lords’ Ridge Cemetery, George Price Highway, to lay wreaths there. With the ban on public gatherings of ten persons or more in place this year due to COVID-19, we do not know if a similar ceremony was held this year.

Organizers then told us that Lamb’s part in keeping the Tenth alive deserves continual honour from his own, even if officialdom continues to minimize it.