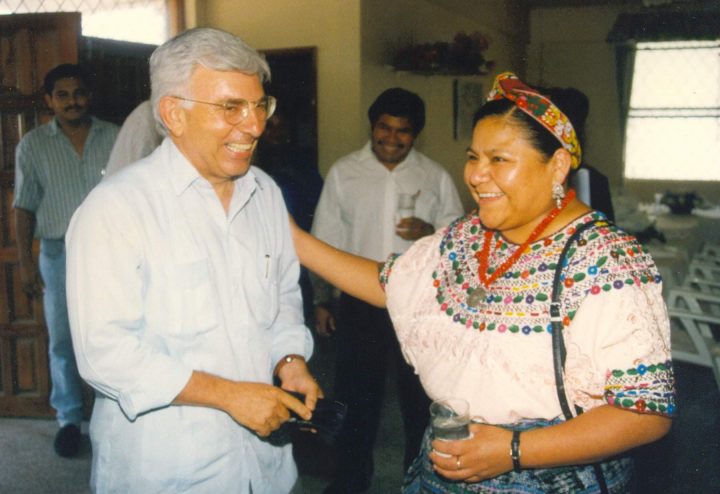 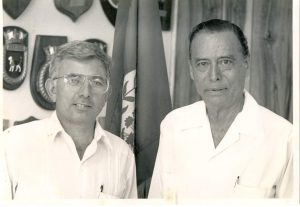 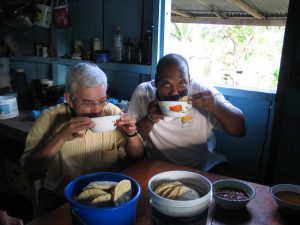 An early idea of my father as a politician is perhaps 1979, when I was standing near the Post Office in Belize City. I was nine and a man who I later found out was Dean Lindo, then Leader of the UDP came up to me and spoke some negative words about Said.

On the lampposts was a strange slogan painted on ply board that read: “Said is On My Side,” I could not process this idea of a name and a verb dancing like that.

Another strong political idea I have of my father in politics is 1989 when Ray Lightburn literally hoisted him on a make shift stage outside Independence Hall, Queen Street, Belize City. It was hot and the crowd was pressed against the wooden platform. As Said took the microphone, I was just mesmerized at how he used words – low, then high, then pause for the people to shout things back. In my head it was like music, I remember how he looked at the people in the front and they seemed suspended, waiting for him to say something else.

Yesterday afternoon I was at my parents’ home when the Leader of the Opposition John Briceño arrived to see Said.

About half an hour before I kept adjusting my camera, and could not help but run through the meaning of the moment. My mother went to the next room to watch the US Tennis Open. I went to get some dark Kit Kat chocolate from the fridge. Said sat calm and looked over his letter to the people of Fort George.

How can I even contextualize 1974, the year he entered electoral politics and 8 September 2020 when he announced his exit.

I have listened carefully to the criticisms that have come at him over the decades, how could I not? I have learned to process how words can sting, and accept them as thoughts of how people feel. I have also heard the gratitude, love and grace of so many people about the political work of Said. It is not for me to judge either way, at this moment I am writing these words as an artist and son.

I am filled with feelings that I cannot describe right now.

I look up to my computer and see the evening news. I see PC Bernard Ical exiting a helicopter and his little daughter comes running toward her daddy, coming home from the forest. Not everything can be processed immediately.

But this morning, I am thinking of Said. He knows I love him, and I have never felt so connected to an idea, that we are verbs or adjectives or even a determiner: made to move, made to act, made to think.