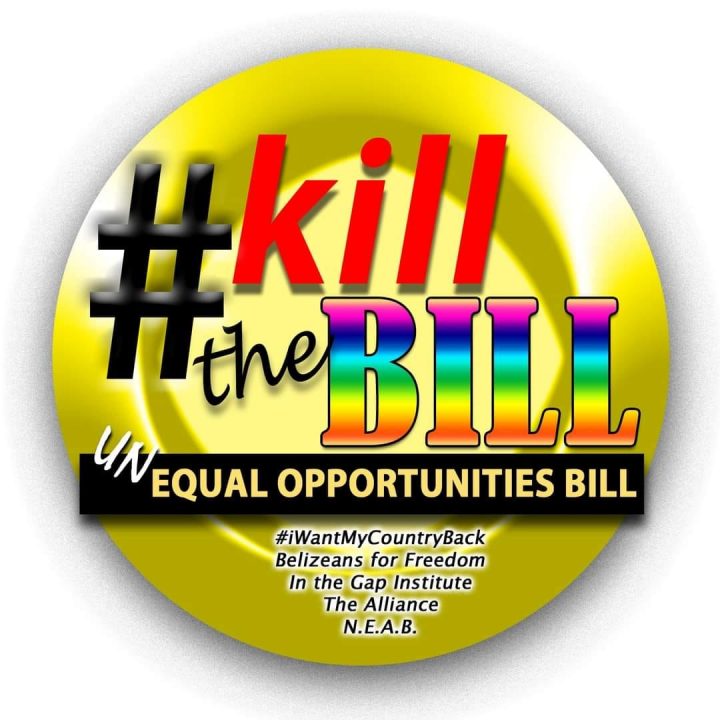 By BBN Staff: Evangelical Churches around the country are rallying against the government’s proposed Equal Opportunities Bill (EOB).

The churches have planned various events for today, which include asking supporters to wear white t-shirts as a sign of solidarity, spreading awareness on social media by using the hashtag #killthebill on posts related to the topic and stopping in traffic for 1 minute and honking the vehicle horn at 11:00 a.m. as a sign of protest against the bill. The churches are also planning a demonstration on Thursday, September 17.

Pastor Scott Stirm and Pastor Louis Wade of the National Evangelical Association of Belize spoke with the media this week, explaining their contentions with the Bill, stressing that it grants powers that extend way beyond its intended purpose and ventures into the realm of facilitating constitutional violations.

“Our constitution states that somebody is innocent until proven guilty. The responsibility is on the state to prove someone guilty. In the equal opportunity, it’s the exact opposite. It says if someone brings a Prima facie case against another person for discrimination, the burden is on the respondent to prove that they did not discriminate. So you are guilty until you prove yourself innocent and so it’s exact opposite of the constitution,” Stirm said.

The Bill is being championed by the National AIDS Commission (NAC), the Ministry of Human Development, Social Transformation, Poverty Alleviation, and the Office of the Special Envoy for Women and Children. There are various topics on public life covered in the Bill including employment (full-time, part-time and casual), provision of goods and services, education, accommodation (including rental and hotel accommodation), sport, club, and club membership, transfer of land, and administration of laws and programming.

The Belize Council of Churches, which represents the traditional churches (Catholic, Anglican, and Methodist) put out a statement back in February, saying that the Council cannot support the Bill in its current form, as it will hinder the churches ability to serve its people. The relevant authorities held public consultations throughout the month of January and made some amendments to the Bill; however, the churches still reject the updated Bill, noting that the majority of its original concerns were not addressed in the update.