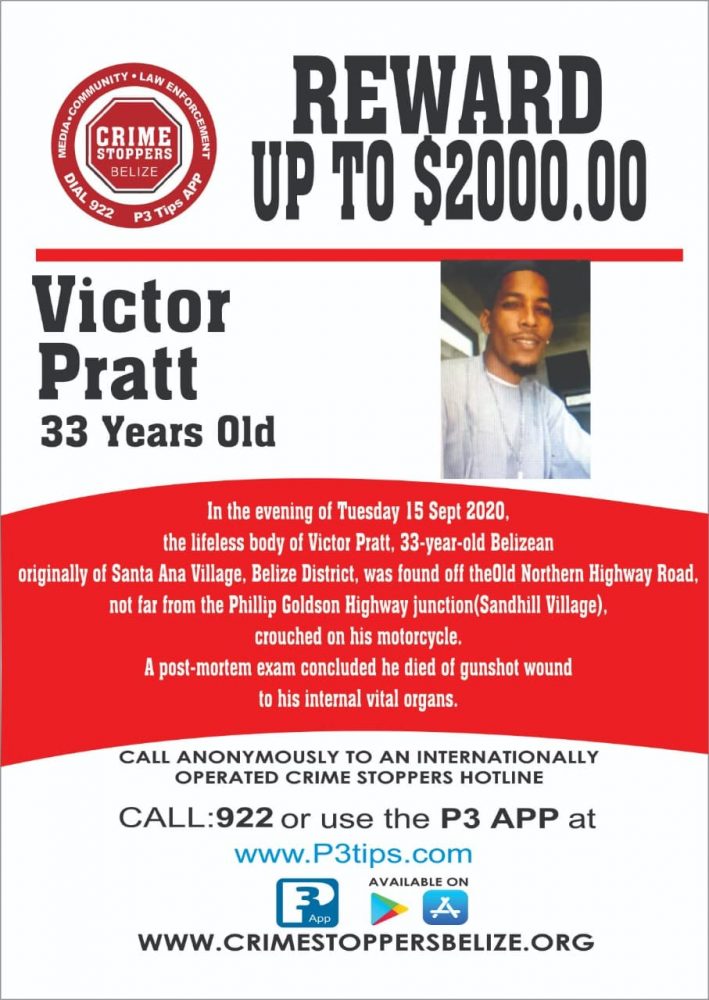 By Aaron Humes: As information has changed in the death of Victor Hugo Pratt, 33, since his body was found on Tuesday, so has the classification of the Police’s investigation.

Police initially responded to what they thought was a traffic accident. After the post-mortem examination found that he died from an accumulation of blood in his organs due to a gunshot wound, there were thoughts of possible homicide.

But Superintendent of Police Alejandro Cowo told reporters on Friday that no determination has been made of Pratt’s death – homicide, accidental death or otherwise.

“We haven’t established if it was a negligent shooting or if it was an intentional shooting that is yet for us to discover while investigating the matter. That is why we classify it as that at this moment,” Cowo said.

Police did not find any evidence of gunshot activity in the area where his body was found, but Cowo said they suspect that “he was shot at another location where he managed to drive until that area where he was found until he just dropped off from the cycle.”

“We are trying to cover all possible motives and to establish exactly what happened. So far police have not detain anyone, but are presently on the ground looking for additional information that might assist in this investigation…We have not established if it was a negligent shooting, if it was an intentional shooting – that is yet to discover whilst we are investigating the matter,” he added.