Belizean doctor helping patients prevail through the pandemic in Texas 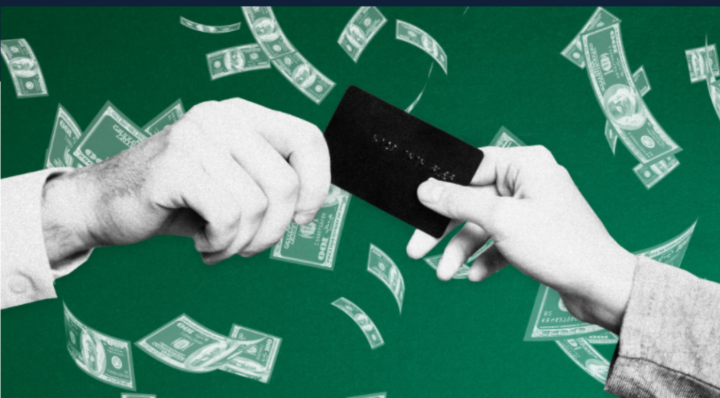 By BBN Staff: A leak of more than 2,500 documents, called the FinCEN files, detailing complaints from banks to US authorities on suspicious activities in global financial transactions became public last week. The documents were leaked to BuzzFeed news and shared with a group of investigative journalists from the world who have been working tirelessly to sift through the documents which demonstrate some of the banking industry’s biggest secrets.

Among the trove of documents, complaints about Choice Bank, the offshore bank in Belize which had its license revoked in 2018 and suffered a devastating public fallout, have surfaced. The documents provide insight into the circumstances which led to the bank’s eventual demise, including high-risk transactions involving the adult-entertainment industry.

According to documents, Americans were among the primary depositors who suffered losses and filed claims for compensation from Choice totaling US $100 Million. Choice had partnered with Payoneer, an American company that allows customers to send and receive money internationally.

According to a report from NBC, “…not everyone was shocked by the Choice Bank collapse. Years before, an array of banks were raising questions to regulators about its practices. In 2014, for example, Bank of America characterized Choice Bank as ‘an issuer of prepaid cards for program managers with inherently high risk’.”

“That and other warning about Choice Bank emerged in a cache of 2,100 secret suspicious activity reports filed with the US Treasury Department’s Financial Crimes Enforcement Network,” it continued.

The reports citing Choice Bank provide a rare glimpse into problems that can arise for customers of so-called financial technology companies partnering with risky offshore banks, the NBC report added.

The failure of Choice Bank also shows the potential dark side of prepaid cards, which are used by millions of people globally and whose total card spending exceeded $7 trillion in 2018. The cards ease money transfers across borders and enhance global commerce, their advocates say.

Analysts say the anonymity allowed by the cards increases their appeal to money launderers and drug traffickers. People can deposit funds gained through illicit activities in loosely regulated offshore banks and then use prepaid cards obtained from companies partnering with the banks to spend the money in the U.S.

Depositors and creditors have been refunded about 80 cents on the dollar of their savings but many have not even applied for compensation because they said they did not know how to go about doing so. Payoneer also suffered losses due to Choice’s demise but the company has not disclosed a dollar amount to its losses.

Wirecards, as they are called, had been called into question before with a 2014 report noting of transaction using such means that “most of the wires represented payments to online casinos, pornography websites, and billing payment processing companies.”

Before it failed, Choice Bank had more than 3,000 international corporate accounts and over 300,000 of its own Mastercards circulating, according to the bank’s liquidator. Fees for prepaid cards like Payoneer’s made up the bulk of Choice Bank’s revenue, financial reports show.

A 2014 report from Bank of America cited $12.83 million in suspicious transfers sent to Choice Bank by Payoneer, saying they “show an unusual pattern of potential deceptions involving far-flung corporate entities, anonymous shell companies, and secretive offshore finance.” Wells Fargo cited almost $33 million in suspicious wire transfers between Choice Bank and Payoneer from October 2016 to March 2017, noting “the inexplicable nature of the outgoing wires, for which the original sources of funding were not known.”

Choice Bank delegated significant activities to Payoneer during its relationship, according to a 2018 report filed by Choice Bank’s liquidator. The bank let Payoneer “conduct financial transactions, on Choice Bank’s behalf, including wire transfers of funds, without Choice Bank’s prior approval of each transaction,” the liquidator said.

In late 2016, Payoneer changed its setup with Choice Bank; it offered customers tied to the adult entertainment business something called FirstChoice Pay, a new but similar program of prepaid Mastercards issued by Choice Bank.

With Payoneer now solely a service provider to those companies and their customers, Choice Bank took on the fiduciary responsibility to them. When the bank failed, the former Payoneer customers had to deal with the Choice Bank liquidator to get their money.

In April 2018, Mastercard suspended Choice Bank’s license to offer prepaid cards. “While we had worked with the bank over the years to ensure their compliance with rules that apply to the use of our brand and network,” the Mastercard spokesman said in a statement, “it was through our onsite review program that we identified additional areas that led to their suspension and ultimate termination of their license.”

That was the beginning of the end. The bank immediately barred depositors from withdrawing their money, documents on the liquidator’s website show. Two months later, the central bank revoked Choice Bank’s license and appointed a liquidator.