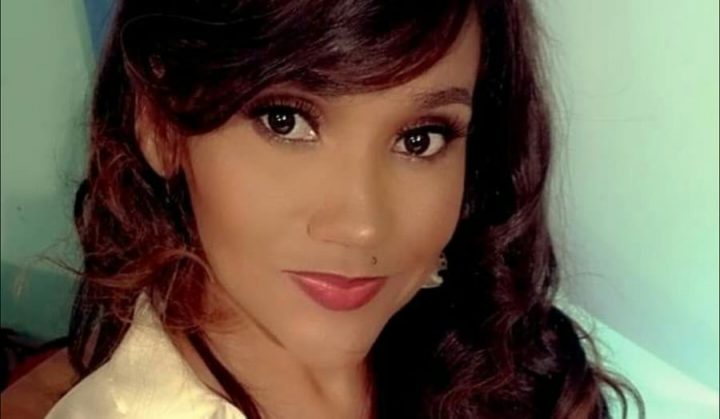 By Aaron Humes: Breaking Belize News takes time out today to salute a fellow colleague in the news industry who marked a major milestone on Tuesday.

While she reported for them almost from the start, most Belizeans know Indira Craig as the voice of Channel 7 News – a job she has been doing since September 22, 1995.

She has been a constant presence from most Mondays to Thursdays, delivering good news and bad, lending a dulcet voice to the day’s activities with which few can compare.

Contemporaries like former Channel 5 News Director Stewart Krohn and fellow anchor Jim McFadzean sing her praises, while the younger generation (including this reporter) looks up to her as a mentor.

And if the man in the street is anything to go by, Indira has the kind of national approval politicians would kill for – and all she does is sit behind a desk for 30 minutes, on average, each day.

Curious, we looked up the careers of female news anchors in this region by longevity and found few to compare to Craig’s tenure. Among women of color, Univision’s former anchor Maria Elena Salinas (1987-2017) and ABC’s Carole Simpson (1988-2003) share similar runs at the top of a major nightly newscast, and we’d certainly put her up against TV doyennes like Barbara Walters, Diane Sawyer and Katie Couric who ruled the broadcast waves for decades.

Happy anniversary Indira, and here’s to another 25!