Dr. Simeon Coc: A Proud Son Of The South 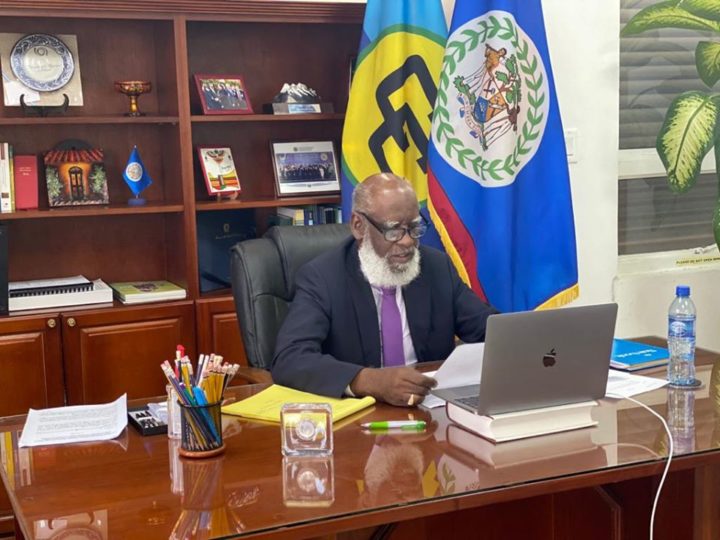 He spoke on behalf of the Alliance of Small Island States (AOSIS), which Belize chairs, during the adoption of a declaration honoring the multilateral framework put in place by the United Nations founders in 1945. Belize joined the United Nations 39 years ago Friday, September 25.

Titled “Declaration on the commemoration of the 75th anniversary of the United Nations”, the text lays out 12 commitments to reanimate global resolve: leave no one behind, protect the planet, promote peace, abide by international law, place women and girls at the center, build trust, improve digital cooperation, upgrade the United Nations, ensure sustainable financing, boost partnerships, work with youth, and, finally, be prepared.

The Caribbean Media Corporation (CMC) reports via Barbados Nation News that, per Elrington, the UN’s milestone occurs at “a moment of upheaval, with multilateralism seemingly in global retreat.” He added, “The cataclysmic crises of the pandemic and climate change are layered upon a bedrock of inequality… However, the governments of today benefit from a framework in place to chart a course through the crises: The charter of the United Nations, offering a blueprint for a green and resilient recovery.”

Elrington relayed AOSIS’ concerns that there are attempts to obfuscate commitments, especially on climate change, and warned that “The time to act is fast expiring, as loss and damage threatens Small Island Developing States, their self-determination, sovereignty and dignity of their peoples. The loss of any of those islands would signify a failure of the United Nations.”

Caribbean Community (CARICOM) leaders pledged to better live out the promise to save succeeding generations from the scourge of war.

The leaders said in the declaration Monday that the world is plagued by growing poverty, hunger, terrorism, climate change — and now, the epic onset of the coronavirus (COVID-19).

They said that people are forced to make dangerous journeys in search of safety and in the declaration that least developed countries, such as some in the Caribbean, are falling behind “and we still have not achieved complete decolonization”.

“Our challenges are interconnected and can only be addressed through reinvigorated multilateralism,” they emphasized.

Acknowledging that COVID-19 caught them off-guard, the world leaders agreed it has served as a wake-up call for improving preparedness.

“What we agree today, will affect the sustainability of our planet as well as the welfare of generations for decades,” they said in the declaration, committing to uphold the declaration in the spirit of ‘We the Peoples’”.

Charles Hamilton, a young climate change advocate from the Bahamas, took to the General Assembly floor in calling for greater urgency, increased action and broader intergenerational governance structures to support young people in Small Island Developing States, the Caribbean, coastal and indigenous communities, and in the least developed countries.

Highlighting two top priorities, he pointed to the urgent need for recovery from the coronavirus and addressing the climate crisis.

“Young people had inherited these crises, despite having a minimal historical contribution to these problems,” he said.

“The game feels rigged as the international community runs out of names for hurricanes in 2020, with swaths of the planet set ablaze, and more countries sinking into the ocean.”

“Are you uncomfortable?” he asked, stating, “Good. Channel that uncomfortable feeling into ensuring that young people are engaged, consistently and meaningfully, beyond inviting us as panelists at events and meetings.”

The UN said the tone set the stage for “a wide-ranging general debate that heard more than world leaders describe their priorities and responsibilities for bequeathing a safer, more resilient planet for future generations.

“In pre-recorded remarks delivered to the virtual event, almost all affirmed the values of peace, freedom, equal rights and human dignity,” the UN said.