Between these lines…on Cabinet’s decision to expand dialysis program 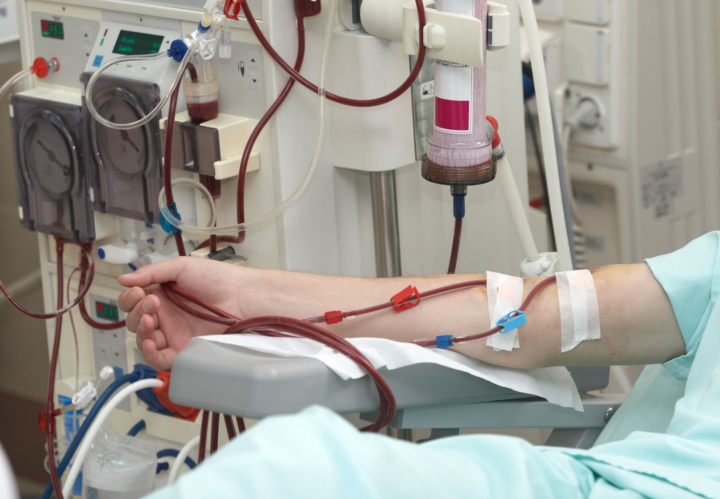 By Glenn Tillett: The Barrow administration Cabinet release earlier this week touting “The Minister of Health Hon. Pablo Marin, with the support of Cabinet, is pleased to announce that all applicants presently on the Government of Belize Hemodialysis Program waiting list will be receiving one dialysis treatment a week at no cost to the patient”, is welcomed, and though sudden and not anticipated, is not shocking.

We are in a general election campaign, and Marin is being dogged by allegations that he shot a fleeing man in the back, killing him and there are no signs that a public, transparent investigation is being carried out into the matter.

My observation is that unless something affects Marin’s political fortunes immediately and direly, he won’t act on health issues that are immediate, even dire, and which should command his attention. In my opinion, Assad Shoman, Ted Aranda, Rueben Campos, Servulo Baeza, Vildo Marin, and Jose Coye have all been measurably better health ministers than Pablo Saul Marin who ironically, has been Belize’s longest-serving minister of health.

Any expansion of the effort to increase accessibility to dialysis for renal failure sufferers is better than none obviously, and I expect that the UDP partisans will carp that my criticisms are unwarranted and politically motivated, if not me being an ingrate. The fact is the expansion is an election plum and it is not enough. The fact is that since 2010 the program has been ongoing and there are no signs that it has been audited for effectiveness, efficiency, and accountability.

There are several questionable if not troubling aspects to the program that I won’t illuminate and ruminate on here today.

But we do not know, for example, exactly how much money has been spent, paid to whom for what but we have every reason to believe, based on past pronouncements by the prime minister and minister and finance as well as Marin, that it must be in the tens of millions. How many people have renal failure and how many people have died as a result should also be public information but …

The program is not transparent. There are no clear guidelines how sufferers can apply for consideration and what are the requirements. I have seen persons who are politically connected get in while those who lack those connections and social status languish and struggle, and in one case I know of, have died.

I reiterate my demand: give the Social Security Board of Belize the authority and responsibility to administrate the program. Under Pablo Marin’s Ministry of Health Belizean citizens have continued to suffer and even die from renal failure due to lack of access to dialysis, and it is needless because it is avoidable.

I would much rather have the program being supervised by Dr. Ramon Figueroa and what remains of the National Health Insurance scheme than the minister, CEO, and DHS. I respect Dr. Figueroa’s thoroughness and he would have a much more comprehensive approach and strategies. Even with dialysis renal failure patients suffer myalgias, fatigue, brain fog or just the inability to concentrate, as well as cardiovascular effects, such as inflammation, arrhythmias, and cardiomyopathy.

Belizean citizens with renal failure on average only lived a few years post-diagnosis before increased access to dialysis, I do not know what that average is now.

Fifteen years ago, there were incipient plans for a kidney foundation and enhanced treatment and therapies for renal failure but that was a part of the Universal Health Care package that was abandoned. Instead of spending 100 million dollars on court judgment awarded interest debt we could have been spending a fraction of that on the provision of much-needed healthcare.

Mr. Barrow can holler that he won’t pay, especially now that he demits the office but we have, we are and we will, even if it has meant that the coin of the realm that we render onto the British Caesar is in the treasure of Belizean lives lost.