Cyber-crime legislated: “The rules as we know it in social media will be no more” 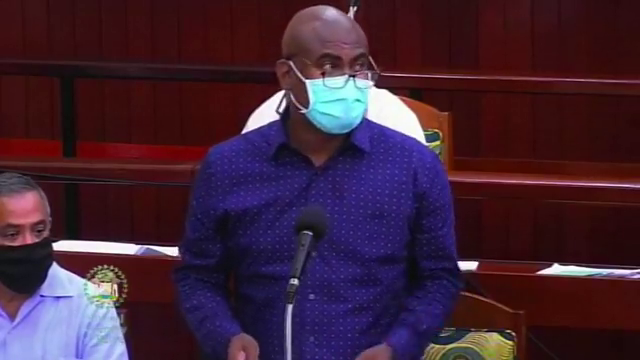 By Aaron Humes: In support of the Cyber Crime Bill, 2020, Lake Independence area representative Cordel Hyde paid tribute to those who could have most benefited from it.

“…we acknowledge … all the people who have been cyberbullied in the past who have been ridiculed, embarrassed, caused emotional distress, some have had to leave this country because it is too small because people’s eyes have started to become or feel like bullets everywhere they went. We salute them wherever they are,” Hyde said in his address at the National Assembly on Friday.

As part of the “comprehensive, game-changing legislation,” Hyde pointed out that use of social media and internet and computer apparatus to harass, ridicule, embarrass or intimidate or blackmail a person or threatening such, would not be permitted. Regulation of dissemination of false information, facilitation of child pornography and grooming, and even illegal access to a computer without the owner’s permission, the illegal use of the computer data without the owner’s permission, to computer-related forgeries and identity-related fraud and theft are also covered. The penalties – fines and jail time – are the same for the upholder as for the principal offender.

In short, said Hyde, “The rules, the old rules as we know it in social media will be no more.”

Hyde said he wished that the bill had been more widely circulated before coming to the House, though there had been wide consultation before the bill was produced, but failing that, there must be a public information campaign started as soon as possible because people need to know and to understand.

The bill had bipartisan support and in response to questions about certain aspects of the legislation, Minister of Education with responsibility for technology, Patrick Faber, made note that the legislation always has an opportunity for amendment even before it is passed into law, starting with the House Committee, in the House itself, at the Senate and afterwards. An example he pointed to are stiffening the penalties.

Piracy is also covered: “…if you are sitting at home and you have a CD or a flash drive that you are going to push in your brand-new computer and somebody has given you codes to load on Microsoft office, Microsoft Word and Excel and all of that and that code was gathered illegally, you are committing an offence. These are things that people in our country do every day and we don’t want them to be caught madam speaker without knowing that this is something that is illegal.”

We are working on getting a copy of the Bill with intent to fully analyse it before Wednesday’s Senate meeting.