Why INGRATITUDE is among the worst of sins 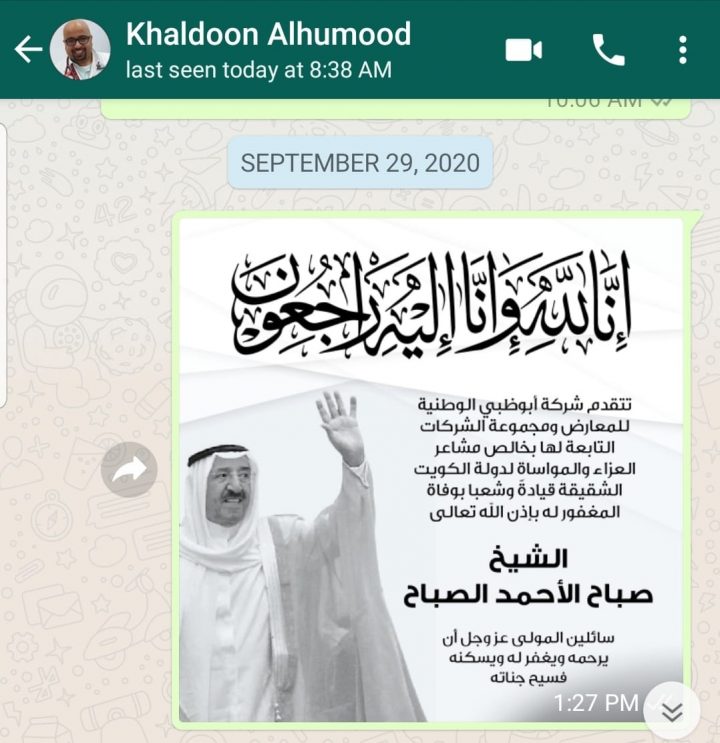 By Bernard Bulwer: One of the worse forms of abuse in any relationship is to take another person for granted.

Some of you may wonder why I chose to highlight KUWAITI-funded projects in Belize.

Shockingly, but surprisingly, I was hoping to hear something from GOB or the Opposition, as both have benefitted greatly from Kuwait’s largesse. Indeed, the entire nation of Belize has benefitted, to the tune of a couple hundred million dollars!

When you fly into PGIA, it takes the Hummingbird, the Southern Highway, and others, the name of Kuwait is written there. (Anyhow, I extended my condole to my Kuwaiti friends and colleagues on behalf of Belizeans).

Actually, the lack of an official publicized official Belizean response is A CLEAR REFLECTION OF SOMETHING MUCH DEEPER … about the value systems of Belizean politics and our leaders.

“What have you done for me lately!” is an unspoken mentality that has become increasingly ingrained in our politics and our culture. It is a response I sometimes get from time to time. I have zero interest in relationships based on shallow transactions.

This is the pimp game played out in Belize’s politics. It cuts both ways.

Worse still, it plagues and damages our relationships. Just think for a moment when a young woman gives her trust, her youth, and her beauty … plus sacrifices her body and health for a man who takes this for granted … not even being man enough to be at the woman’s side during her labor and delivery.

So not getting an official word about a country that gave/loaned Belize a couple hundred million dollars (which it can’t and won’t repay) came as no surprise to me.

Therefore I highlighted this as evidence of how ungrateful our nation is viewed by the international community and others …and how the culture of ingratitude and “what have you done for me lately.” Such attitudes border on prostitution.

So Kuwait hasn’t done anything lately? No need to even remember them! Therefore Taiwan is now bracing for Belize to switch to the People’s Republic of China (PRC).

When this happens, this time it won’t be little Kuwaitis or little Taiwan, both nations who face existential threats and are in need of friends.

This time it will be getting in bed with the Dragon. This will be the final straw in Belize’s “Independence.” It will be more honest for Belmopan to call itself a “red light district.”

However, this time it will not the Guats who will pose an existential threat to Belize (which has already been invaded non-militarily). After the PRC goes after Tai-One. Belize will become Tai-Two. Sounds like a joke? I ain’t joking.

Belize IS a target of the PRC. They already know who is talking to who and texting who … and about what. Don’t believe me. Ask the Taiwanese embassy.

Once the next government decides to engage in serial prostitution, it will be game over.

Then it won’t be just the vultures and the hyenas that are feasting. Because when the Dragon enters, there will be no more game … plus no more game meat.