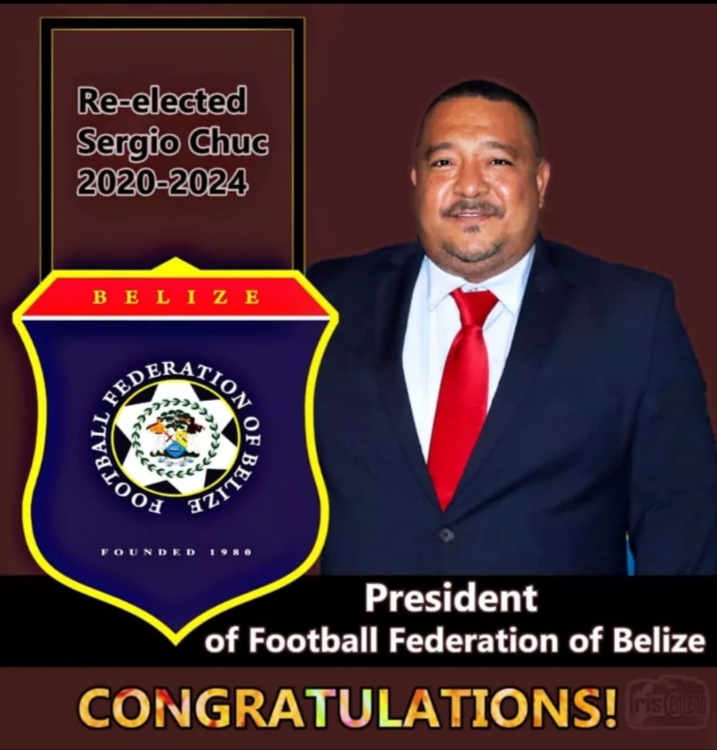 By Aaron Humes: President of the Football Federation of Belize, Sergio Chuc, expects he will retain that title despite the unusual decision of its Elections Appeal Committee to void the Ordinary Congress held on August 22 in Belmopan as unlawful.

According to multiple media reports, the appeal was filed by several prospective candidates for election to the executive against General Secretary of the Federation, Earl Jones.

The candidates challenged the change of venue from San Ignacio to Belmopan; the discarding of the agenda for the meeting, and the lawfulness of the re-election of Chuc.

The Committee ruled on September 27 in favour of the candidates, agreeing that the Congress was held unlawfully; that its agenda was unlawfully discarded; that Premier League sides Altitude FC and San Pedro Pirates should not have voted as they had no lawful voting rights, and that the old executive, led by Chuc, stands until new elections can be held.

But Chuc told us in an exclusive interview that the initial appeal by the candidates to the FFB’s Electoral and Disciplinary Committee was not taken up for various reasons, including the fact that it was submitted on September 1, outside of the three-day time limit for such submissions. Only one member of the Electoral Appeal Committee, normally made up of five members, heard the appeal and many of those involved only heard the decision on the television news this week.

Chuc told us he has submitted the result to the legal eagles of his regional bosses CONCACAF and FIFA, but does not expect any further action.