The United Democratic Party remains committed to inclusion and diversity! 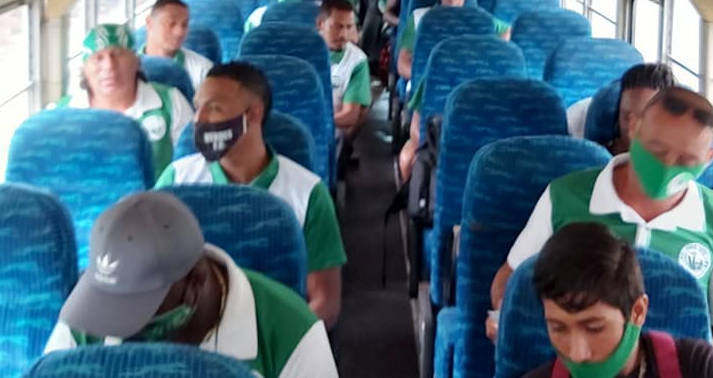 The team will leave direct from Cancun for Haiti on October 18; the match will be played on October 20. The winners move on in a quest for six spots in the CONCACAF Champions League to be played next year.

Verdes were declared national champions after winning the Opening Season of the Premier League of Belize (PLB) last term and leading the Closing Season until it was halted by COVID-19 in March. Its aggregate total of points was enough to win Belize’s spot in the CONCACAF League and the Green Machine hopes to end a multi-year skid for Belize of crashing out of the League and missing out on the Champions League.

Requisite permission was obtained by Verdes F. C. from the Immigration Department and this was supported by the Football Federation of Belize (FFB) and CONCACAF, according to FFB President Sergio Chuc. Chuc says that while the borders are closed, persons may seek permission to leave for emergencies such as medical treatment, travel for business and education, and in this case, sporting training.

This afternoon, Chuc told us that he no longer owns the team (he last did so in 2011). He is, he confirmed, a sponsor and fan, and in his capacity as FFB President, wrote a letter supporting the team’s leaving Belize for Cancun to train for most of this month. Continued restrictions on contact sports including football in Belize means the team cannot train here, and the International Airport has only just re-opened for travel to and from Belize.