BREAKING: General Elections to be held on November 11th 2020 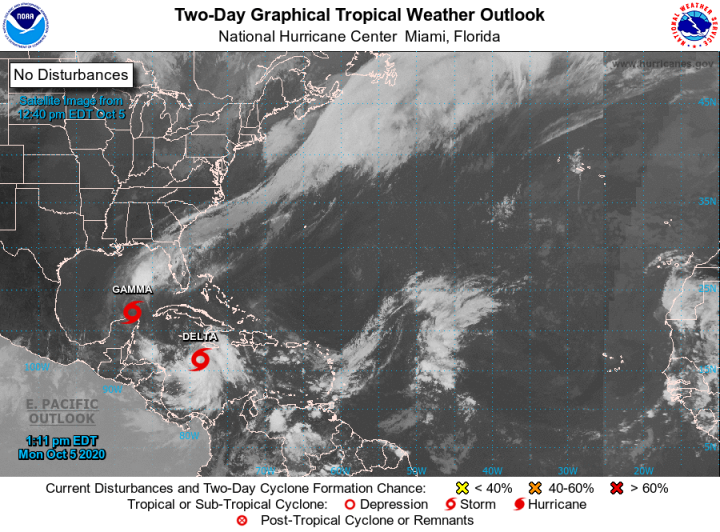 Delta is located over the Central Caribbean Sea just south of Jamaica.

Delta was centered near latitude 16.4N, longitude 78.6W or about 135 miles south of Negril, Jamaica.

Delta was moving to the west at 7mph with maximum sustained winds of 45mph.

Delta is forecasted to turn toward the west-northwest later today and then toward the northwest on Tuesday and Wednesday.

On this track the system is expected to be near the Cayman Islands on Tuesday morning and then approach the western tip of Cuba late on Tuesday as a category 1 hurricane.

NEMO says that it will continue to monitor this system.

NEMO noted that the advisory was issued as a precaution due to the proximity and direction of movement of Tropical Storm Delta.

The NEMO Emergency Hotline is 936.   NEMO’s Emergency Coordinators can be reached as follows: