Two Guatemalans busted preparing to plant inside of Chiquibul 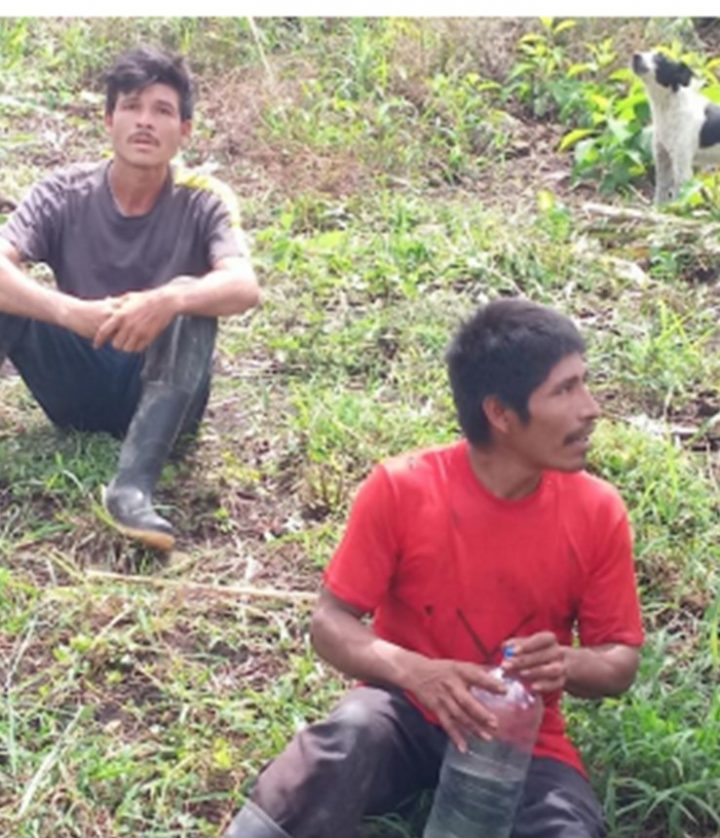 By BBN Staff: Friends for Conservation and Development (FCD) issued a statement informing that for the last 14 days, two Guatemalan nationals were quarantined at the Victor Galvez stadium after being caught in the Rio Blanco area in the Chiquibul National Park.

FCD says that Eduardo Ramirez, 31,  and Wilmer Guerra, 28, from Dolores, Peten, Guatemala were detained in the area north of Rio Blanco located in the Chiquibul National Park on September 22, 2020.

The Joint Forces Unit, comprised of BDF, Police and FCD personnel located in the Rio Blanco Conservation Post, in Southern Chiquibul intercepted these two Guatemalans chopping to plant corn for Salvador Jimenez, a Guatemalan national who has been known to operate illegally inside the Chiquibul National Park for many years.

Police searched them and found a home-made firearm, 2 live rounds, a .9mm and a .38mm round and suspected cannabis.

The men have been charged for kept prohibited firearm, kept ammunition without a gun license and possession of controlled drugs.

They are yet to be charged for illegal entry and clearing the forest for cultivation in the Chiquibul National Park.

FCD says that the area where these two Guatemalans were found is described as North of Rio Blanco and is an area in dire need of persistent operations to dismantle Guatemalan investments before these come farther in Belize and claim ownership of the land.

This Priority Area, is 4.5 kilometers north of the Rio Blanco Conservation Post, operated by the Jimenez Family who has been using the land and investing more in cattle ranching since 2009.

During the last two years Jimenez has invested in major water reservoirs built by bulldozing ponds.

The expanse of the area is about 1-kilometre-wide and 1.5-kilometre-long with several fields in stages of development, corn fields, beans, cattle and ponds.

Despite the reports, this farm has not been dismantled.

In a few occasions, attempts have been made to destroy the fields but this requires a concerted effort and a special operation to clean completely all the active fields and fences due to the large expanse of activity and area coverage. The area is highly remote.